“The Rite of Spring: Pictures from Pagan Russia in Two Parts” is a ballet by Igor Stravinsky, who was a Russian composer. Vaslav Nijinsky and Nicholas Roerich were the choreographers and the stage and costume designers for this orchestral and concert work to be performed during the 1913 Paris season of Sergei Diaghilev’s Ballets Russes company. The ballet caused a great sensation on its premier in 1913 at the Théâtre des Champs-Élysées specifically for its distinctive nature of the music and unconventional choreography.

Robert Joffrey reconstructed the ballet with the help of choreographer Millicent Hudson and costume designer Dr Kenneth Archer and performed it in 1987, which astonished its audience with its extraordinary realization of Nijinsky’s lost masterpiece. Consequently, it is still known as one of the best examples of the introduction of modernism in music and is considered an excellent depiction of dissonance, brutality, and barbaric rhythms. A detailed description of the dance, music, and costumes in the ballet is provided in the following section.

The dance, the music, and the costume all were surprising to the viewers due to the dominant primitivity, irregular rhythms, and strange chords. Resultantly, the choreography was greatly different from that of classical ballet along with the music. The primary theme of the dance is that a young virgin is sacrificed each year by the tribe and its hopes for the good growth of the corps as a result.

To depict this, dancers make heavy moves and mostly adopt a pigeon-toed position. Moreover, they move in the form of a group to present that it is a kind of their rituals which finally leads to the sacrifice of the girl. These moves are extremely different from the long and graceful lines of classical ballet, as arms and legs were kept bent throughout. Moreover, the dancers were dancing more from their pelvis than their feet. From the different photographs of the dancers taken at the time of the premiere of the ballet, Joffrey has made an enormous effort to articulatory create the same movements, jerks, and jumps, trembling and shivering, and dance postures with clenched fists, hunched heads, and bent knees. Apart from these price dance movements, the description of the whole dance provides a map of the musical dimension of the choreography. This way, the Rite of Spring links both classical ballet and Modern dance.

Moreover, the costume of the ballet is unlike any other ballet which makes the Rite of Spring unique and gives folk tales and influences the viewers to critically think about the pre-Christian rituals.

Although the music style of The Rite of Spring is musical primitivism and also its subject of human sacrifice in pre-Christian Russia is primitive, the overall composition of the ballet is undoubtedly neo-classical. It is also highlighted by the fact that Igor Stravinsky is one of the most prominent neoclassical composers.

Therefore, music composition, dance, costume, and melody all are in contrast to the classical elements as the pulsating rhythms, high level of dissonance, and dance lacking gracefulness were never observed before. For example, unlike the normal day, life dresses in classical ballet, the Rite of Spring has an extremely untraditional dress of baggy clothes that contain unusual colours, strange hats, and fur hanging on the shoulders. Similarly, the slow and uncouth movements are completely opposite to the classical ballet. Therefore, we can conclude that the choreography of the ballet is completely different and opposite to the classical ballet, which gave rise to large controversies over time.

The Challenge of Virtualizing Trade Shows and Exhibit Halls

Q1: The attempts of some post-Impressionist artists to create a modern sacred art as an alternative to traditional Biblical art took various directions in the 1880s and 90s. Spiritual beliefs and the common goal to reinvent the sacred for the …

A Trip to the Museum

The human mind is curious to know about multiple objects and get information regarding numerous things. This unique feature urges humanity to meet the thirst for knowledge. This thirst usually gains water in classrooms, laboratories, intensive workshops, and various trips … 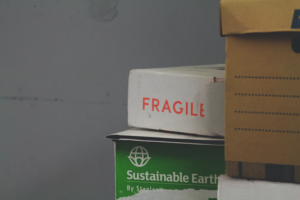