Waste management is the most challenging task which several countries and cities face. London is one of those cities which have a huge pile of waste which needs to be appropriately managed. However, to create awareness on recycling of waste materials so that a sustainable environment can be built, London has deployed several strategies such marketing tools like posters being place all over the city to encourage residents to take their waste to the nearby recycling centre. Therefore, this paper discusses the methods being used by London to create awareness across London and the impact of the awareness to the city.

Waste management is the most challenging task for governments worldwide. The problem of waste management is rampant because of lack of awareness of recycling methods of household waste. Recycling is important because it reduces the need for more raw materials such as forests, oil, and metal and therefore, reduces the impact on the environment. The level of raw material consumption in the United Kingdom is high, and consequently, it is essential to increase the level of recycling of waste materials so that we can conserve the raw materials. Research has indicated that 45% of wastes disposed of in anyhow which pollutes the environment are done by people who do not understand the importance of waste recycling. Through recycling of waste, the environment will be well managed and sustainable hence improve the economic growth. For instance, making a tone of aluminium usually requires a lot of chemicals like eight tonnes of bauxite. However, when aluminium is recycled les materials are needed, and it also helps in saving the environment from other gases produced when such materials are being manufactured (Nixon & Ruan, 2014, p. 21). Therefore, recycling of waste is essential for environmental sustainability.  In order to raise awareness on recycling of waste materials, London is using marketing materials such as posters and radio, public engagement activities, promotion of services online, and collection methods to make sure that residents are aware of recycling techniques.

Strategic communication messages have been developed by the government to create awareness among the household. It is noted that campaigns with specific messages have been developed by the government and organisations which deals with environmental issues to use as a campaign message to convince the public to recycle waste material. For instance, the campaign “Don’t bin bring it” campaign is being carried out throughout London so that every household can be aware of ways which can be sued to recycle of waste materials. It is because several studies have pointed that most households still dispose waste at the landfill which makes it impossible to achieve environmental sustainability which is a crucial policy being implemented by the government of London.

Research has also indicated that most household at least has some old materials such as electrical cables, bottles and other household equipment (Lowe, 2016, p. 15). This equipment is usually being thrown into the dustbin without much care of the impact they have on the environment. These materials are small, and they are not given much attention. The campaign “Don’t bin it bring it” is meant to encourage households to take recycle materials to a nearby recycling centre instead of disposing recyclable waste materials into the dustbin. Studies have indicated that wastes which are being thrown into the dustbin contribute to 90% of the waste in most landfill in the United Kingdom and therefore, taking such materials to the recycle centre will contribute immensely to a sustainable environment.

The government has also initiated public engagement forums to educate people on recycling of waste materials at the same time encourage residents of London to take recyclable was to at this moment recycle centre ( Ioannis NEOPHYTOU, 2012, p. 15).  Some of the public engagement which the government in partnership with local organizations has done is road shows in major roads in London, doorstepping through a partnership with local nongovernment organizations. The idea is to inform the people about recycling of waste materials for the sustainability of the environment. A report by Environment Protection Authority (EPA) indicates that social media platform has been used to create awareness on recycling of waste materials. It also encourages households within London to take the recyclable waste to the recycling centre and also to participate in educating other people who are not accessed to the platform (Clarck, 2013). According to Lowe (20), the government also prints brochures, leaflets, and booklets and then distribute to a different location where people can access them easily for education purposes.

It is also important to note that most schools throughout London have adopted environment studies and teaching on recycling of waste to be part of its curriculum so that students can be taught on recycling of waste materials. According to Nixon and Rua (35), to make sure that the knowledge taught is adopted most schools usually organize recycle day where students are expected to come with used bottles and clothes and take them to the nearby recycling centre. Most schools have come up with a program known as help school recycle to teach students on recycle and this has helped in creating awareness across London.  The strategy developed as increased the rate at which residents recycle waste materials by almost 45% per year, and reduce the volume of waste which is being taken or dispose to the landfill in London region.

Most importantly, several companies have come to the realization that cleaner environment is needed for the growth of the economic and therefore, companies like Coca-Cola have changed its packages materials and using recyclable packages to promote sustainable environment (Aljaradin, Persson, & Hossam, 2011, p. 521). This is one of the ways Coca-Cola has adopted to encourage the rest of the society to get involved in recycling of waste materials. Research has indicated that since companies like Coca-Cola started participating in encouraging households to recycle waste materials, many households are now involved and the volume of waste being recycled as also increases. It has reduced the level of waste materials being disposed at the landfills or dustbins by almost 45% annually. Another survey has also indicated that the volume of waste being disposed to the landfill per household as reduced and many households take waste materials to the recycle centre (Watson, 2013).

In conclusion, in order to create awareness in the recycling of household waste in London to protect the environment to become more sustainable, the government deployed various strategies such as the use of marketing materials such posters to reach several people and educate them on the importance of recycling of waste materials.

Ioannis Neophytou. 2012. Awareness raising campaign for the promotion of waste

Reduction, Re-use, and Recycling in Cyprus.

Lowe, L. 2016. Sustainability and recycling; how the Coca-Cola system is fighting waste with

Abstract New technological trends in the business environment have significantly changed the previous views of management. Innovative, knowledge-based, and digital organizations are now replacing the existing models of business operations. In this regard, managers must employ some key management such … 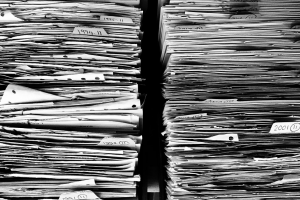