The case is about a 34-year-old guy Brian, who was sentenced to 15 years in the prison for the aggravated robbery. Court took 7 hours in determining the punishment they should give to the Brian in this matter. During his sentence, Brian tried to suicide because of the depression and nonavailability of alcohol. He was alcoholic and had been arrested before this for DUI offense. Wife of Brian filed a divorce against him and is currently living far from where Brian is imprisoned. Brian has two minor children; his parents died in an automobile accident because of drinking so much alcohol that caused the crash.

Case management can be defined as a set of coordinating activities that will ensure the fulfillment of offender’s needs. The primary duties and responsibilities of a case manager are to ensure that the offender lives a healthy offense-free life after getting released from the prison. He works with all the bodies for the development of rehabilitation and reintegration program. After this case manager carries out the plan and will motivate the offender for the treatment if he needs any so that he can live a healthy life after been set free from the prison.

Case management plan manages the offender’s needs. Following are some of the requirements Brian needs

The attitude and behavior of Brian towards the society are essential elements. The case manager will give some demonstrations to Brian about how he should behave in the community after being released from the prison; he should not indulge into harsh behavior when someone talks about his sentence in prison. The case manager has some links with the companies which will provide Brian an opportunity to work with them so that he could afford his survival. Brian has done some certification in his past that shows how capable he is as far as work ethics are concerned. For housing brian want to stay with his grandmother although she doesn’t want Brian to stay with her forever but for some time she is comfortable with it.. it would be helpful for Brian not to drink alcohol as his records show that he has been arrested for drinking alcohol and doing things which are against the law of the country. The case manager will ensure that the behavior, attitudes, and ethics of Brian towards the society will be similar to other responsible citizens of the country. In fact, case manager assesses every facet of needs that brian requires surviving in the community.

Prioritize needs of Brian would be work and housing. For him to survive, he needs a job so that he can earn and live his life without being dependent on his grandmother. Housing needs are also one of the leading concerns to Brian, as his grandmother doesn’t want Brian to live with her. She already lost her son in law and daughter in an automobile accident because of drunk driving and Brian has also been involved in drinking habits, so she does want to get in trouble because of this again.

Following are some of the dangers that are associated with Brian out in the society.

Pioneer, human services in Seattle is one of the successful program based on released prisoners. It provides employment, housing and social support for released offenders. The program also operates sheltered workshops for the hard-to-place offender. 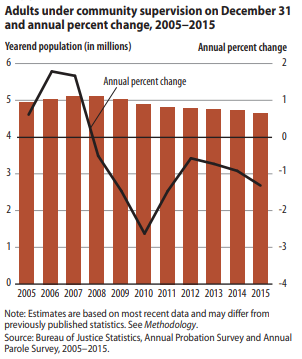 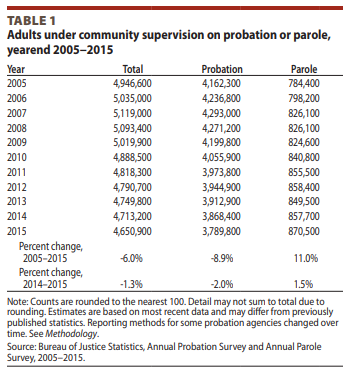 Financial assistance organizations are some of the community sources that Brian needs during his parole period. These are the organizations that offer certain financial assistance to the families that meet certain income criteria. TANF is a program that assists financial matters of those who they think are eligible to be supported. Shame and dignity are two obstacles that Brian have to overcome. For this purpose, he requires community services that will help him volunteer into community development programs so that he get himself working in the programs and reduce his level of shame (TANF, n.d.).

There are many cases in which parolee got involved with criminal activities. For example, a 63-year-old lady found dead in her house, raped and murdered by a man who got released from the prison two months before. It was the third time he got out on parole and committed a crime. The system should have proper check and balance on the people that are out of prison on probation so that they will not endanger the lives of innocent people.

Tina Cabra is one of the success stories in Utah that shows with continuous efforts and dedication one can pull off a job. She was a drug addict she lost everything she had, family, friends everyone. The April officer that she had assisted her shoed her motivated her to not to use drugs again and with continued support from community centers she is now a better person and living her life happily (UTAH Department of Correction, n.d.).

Death Penalty should be Abolished in the USA