Marshall McLuhan was a technology scholar who studied the transformations of technology, communications, and media who gave rise to the media ecology. He referred media as technologies and technologies as media. McLuhan regarded all forms of technologies and all tools as media. In his work, he carried out the analysis of various communication media from the spoken word and written word to televisions, ads, movies, and radio. Additionally, he analyzed on different technological tools which are not termed as technological. In his essence, all media involved some human artifact or technology except for the spoken word. This paper analyzes the changes and importance of the wheel, bicycle, and airplane technology from the era of McLuhan. According to McLuhan, the wheel, bicycle, and airplane technology increase the capacity of activities. The innovation of the wheel marked the evolution of the transport system, and it has been subjected to change and improvement to fit in the modern transport world. A change in the wheel technology brings about new ways of doing things and hence makes work easier and inspires new ideas for other inventions.

Technology change does not necessarily involve reinventing the wheel rather; existing technology is combined with new ones to come up with new advanced technology. Technology is the key to bringing up and maintaining changes (Carr). From the Middle Ages, the wheel introduced a new way of living to the society. According to McLuhan, the evolution of wheel was related to the development in the agricultural sector in the Middle Ages. The wheel enabled the carrying of heavy loads which in turn led to the invention of harness and horse collar. Currently, the use of the wheel goes beyond the agriculture and the transport sector. Its application has dramatically increased and transferred to the other sectors. The contribution towards the advancement of the wheel is brought about by industrial revolution Due to technological advances in other areas, due to the technological advances in other industries; the wheel has been modified to combine with other machinery

The revolutionary tool, the wheel, has crystalized the world into a sophisticated civilization. In everyday life, a wheel is used for different purposes and in different forms and hence eases the modes of transport among people. The wheel technology advanced from the use of a harness to the use of four-wheel wagons which hauled heavy loads of good and transported people to other regions. This, in turn, resulted in developing of cities and urban housing. Additionally, the advances in the wheel brought about suburb housing from where people were able to access shops as well as the railroad making life better than in the past centuries. McLuhan argued that technology defined hardware, software and all forms of organization with the inclusion of the coupling between humans, technology, and environment. Technology and the environment are linked to nature and to react to it, there is the need to develop adaptive forms to accommodate the technological changes and advances.

In McLuhan argument, the wheel is reabsorbed to form a plane which is in the form, of a bird as flying to the air; the rotation of the wheel is comparable to the motion of the bird. However, the wheel does not use wings but requires a road. The wheels are aligned to form a velocipede and then a bicycle, in which the acceleration of wheel linkage led to mobile linearity, the wheel developed to a high density. The engineers who invented the airplane were bicycle mechanics, and the connection of bicycle and the airplane were dated back decades ago. From that time, bicycle technology has revolutionized, and its designs have been enhanced. Today there exist many types of bicycle designs such as for kids, sports, for commercial use among others each designed for specific purpose.

The wheels have brought mobility to our daily lives since 1970 the modes of daily transportation have revolutionized. More fast modes of transport have been introduced due to the mechanical advantage of the wheel function. Wheels are used as a turbine in engines in aircraft engines, and that has increased a spirit of exploration and inspiration to humanity. Vast inventions have been done to the wheel leading to the emergence of bicycles and airplanes which have been widely adopted and accepted. The transformations of the wheel have been due to the ever-increasing needs of the human race as well as new advances in technology.

In essence of airplane technology, new designs which offer greater access to space and time have been developed. The transformation of technology has led to the organic evolution in the aircrafts fields through which high power machines have been introduced to keep the aircraft running. The new technology has created new stresses on craft development as well as new human needs. In the integration of the old wheels and the current wheels introduced by the new technology advances. The bicycle is viewed as a symbol as a sign through which the aircraft is developed. The principle of the connection between the visual principle of mobile linearity and the degree of intensity has indirectly lead to the enhanced airplanes and the aerodynamic balance.

The analogy that describes the evolution of a modern airplane design has captured new proportional regarding space and flight velocity. Faster and larger and larger airplanes are evident in modern world replacing the ideas of the size and number. New aircraft are few and larger while the old ones are many and small. The technological advances in the field of air transport are organic evolution and extensions to cover the increasing need for air transport in connecting the world (Jakab and Peter). Modern aircraft are more efficient and use more elevated materials and designs. The technology transformations gave rise to organic evolution because all media tools are developed from us. Due to technology changes, the evolutionary process has been fastened through the establishment of the wheel machine form which is used in modifying existing machinery.

In conclusion, technology has been and is still significant in the evolution of the wheel, bicycle and airplane evolution. Due to advances in the wheel, the bicycles have come to an existence which acts as a means of transporting both goods and people. From the bicycles, airplanes have been established which are faster than any other means of transport. The significance of this technology is not limited to the transport sector but stretches to all economic sectors and overall change of human lives. Wheels are everywhere occupying different purposes in the society. A world without wheels will be difficult to live in, and some activities will be hard or impossible to undertake. The new technological advances and needs are due to the world embracing the current technology and linking it with the technology from past decade to achieve positive results. The combination of the technologies has, in turn, leads to more usage of hand than the feet in rotation movement.. Future modification and enhancement of this technology would fill the gap of time taken to travel, and the way activities will be performed with much ease.

Carr, Nicholas. The Shallows: What the Internet is doing to our brains. WW Norton & Company, 2011.

Jakab, Peter L. Visions of the flying machine: The Wright brothers and the process of the invention. Smithsonian Institution, 2014.

DISCUSSION ON TEENAGERS GETTING TATTOOS 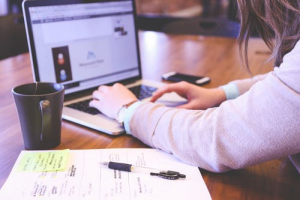 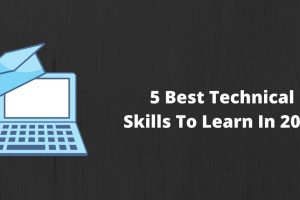