Nanocomposite (polymeric nanocomposite) is a multicomponent material consisting of a plastic polymer matrix and filler of organ modified nano clay, which has new improved properties. The market of polymer nanocomposites (globally) will grow at an accelerated rate and will increase by 24% by 2019. According to analysts, the following factors will affect the growth of the world market of polymer nanocomposites: High demand from the automotive industry; tougher environmental regulations on emissions of harmful substances by road; growth of consumption from the production of clay nanocomposites on a polymer basis; and the general growth of demand from other segments of use. 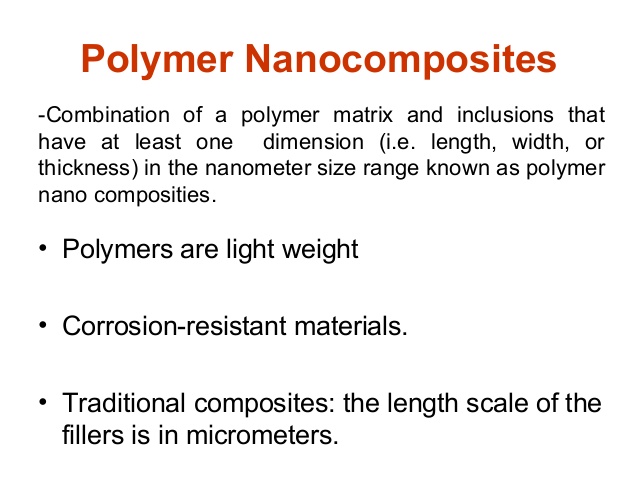 The nanocomposite is a multiphase solid material, where at least the dimensions of one phase in one direction are less than one hundred nanometers. That phase, which is in the predominant quantity, is called the nanocomposite matrix. Nanocomposites can also include materials with a regular alternation of nano-sized phases. The mechanical, electrical, thermal, optical and other characteristics of nanocomposites differ markedly from those of ordinary composite materials made from the same basic substances. Nanocomposites can be classified according to the following main parameters: matrix material, internal structure architecture, fundamental properties of nanocomposite (conductive, refractory, magnetic, etc.)

Most often, polymers, metals, silicates or ceramics are used as the base phase for a nanocomposite. There are natural (natural) and artificially synthesized nanocomposites. 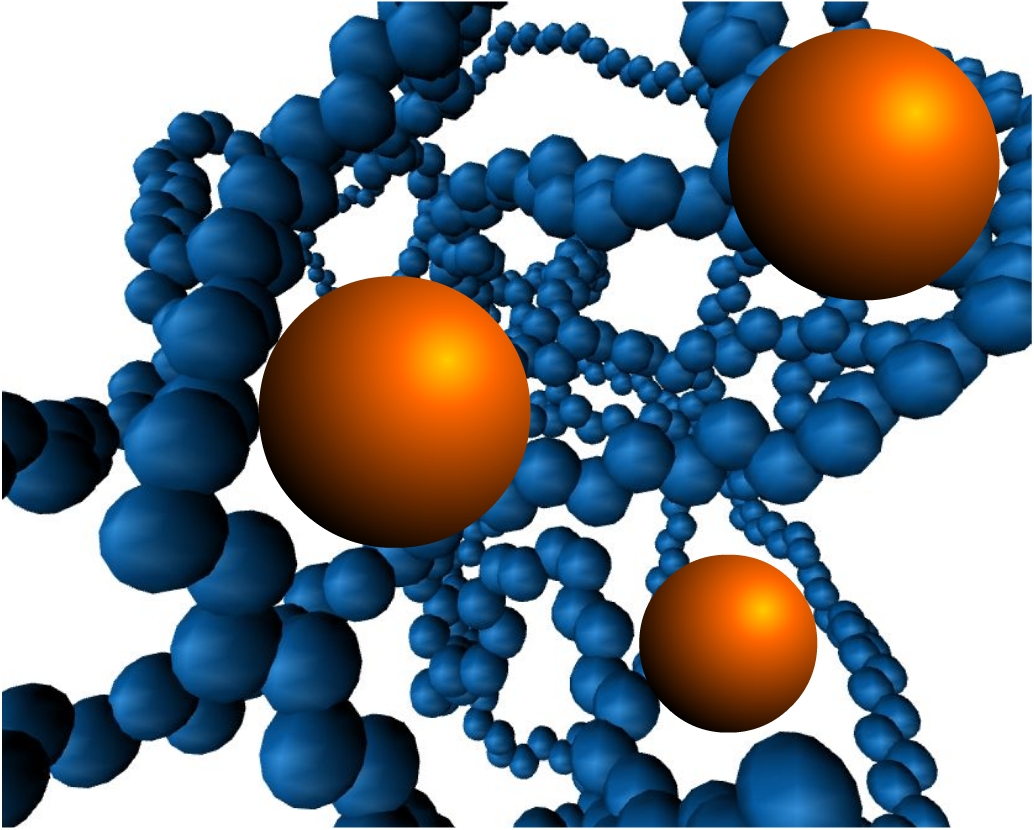 To synthesize nanocomposite materials with specified properties and polyfunctional activity, synthesis of metal nanoparticles in inverse micelles is carried out using the radiation-chemical and chemical methods for obtaining nanostructures, metallic nanoparticles of Ag, Fe, Zn, Pd, Pt, Ni, etc., and bimetallic Pd- Ni, Pd-Co, stable both in the liquid phase, and in polymer matrices or in the adsorbed state on various carbon or silicon-containing supports.

The use of modern physicochemical methods (spectrophotometry, TLC, GC, HPLC, electron microscopy, FCC, NMR, alternating current polarography) to study the formation of nanoparticles, their stabilization in polymer matrices (cellophane, MEN-PPV, chitosan), size determination And the shape of nanoparticles and ensembles made it possible to solve a number of significant fundamental and applied problems of modern nanotechnology. For the first time for nanoparticles of metals, the prospects of using chromatography not only for detecting nanosized metal particles from micellar solutions but also for their separation into separate fractions (sieve (gel) chromatography) are shown. The results obtained are consistent with the sizes determined and controlled by the scale of the water pool diameter of the inverse micelles and the AFM data on nanostructure sizes.

It is of interest to investigate the effect of various nanoparticles of metals, carbon nanotubes, and SiO 2 nanoparticles on the optical properties (absorption and luminescence) of morphine solutions and the light-sensitive polymer MEN-PPV in the development of organic solar energy converters. Volt-ampere characteristics of the created composite photosensitive layers are measured. A relationship between quenching of luminescence and an increase in photovoltaic characteristics is established.

Metal nanoparticles synthesized in inverse micelles find application in the manufacture of construction and finishing materials with bactericidal, anticorrosive properties, in the creation of cartridges for water treatment of drinking water, materials for filtering filtration and catalysts and components with catalytic properties for solar and fuel cells.

In the development of nanocomposite materials with catalytic properties, the radiation-chemical approach to the modification of materials with small pores at the time of synthesis of nanoparticles of metals was first used in our country. Based on the highly porous polyurethane carrier and palladium nanoparticles, an active catalyst for the liquid phase process of methylation of aniline has been developed. Materials on the patenting of nanomaterials with specified properties are prepared on the results of research work.

The field of application

The field of application of nanocomposites is very broad: from medicine to rocket and aircraft construction. Thermal insulation tiles for the reusable ship “Buran,” created by scientists VIAM, is made of nanocomposite based on silicon carbide. Very widely nanocomposites are used in the production of American fighter-bombers of the 5th generation of Lockheed-Martin F-35 Molniya II. This is the first aircraft in which nanocomposites are used to manufacture body parts. The material based on nanocomposites from epoxy resin and nanotubes allowed designers to replace about one hundred other materials used earlier in the design of the hull of the aircraft.

It is very promising to use composites based on carbon nanotubes and nanofibers. They can be used in catalysis, optoelectronics, and the manufacture of various sensors. Nanocomposites are great for immobilizing proteins, viruses, and bacteria. In the automotive industry, nano-clays have been used. They are used to increase the fire resistance, heat resistance and wear resistance of various parts. These technologies were used in Audi A3, A4 and Volkswagen vans. Batteries based on silicon-carbon nanocomposites have excellent parameters: high capacitance and considerable current strength.

Packaging industry (high barrier films and PET- performs) The use of nanocomposites can reduce the number of layers of packaging, make it thinner and replace expensive combined materials, while the packaging characteristics do not deteriorate [1]. 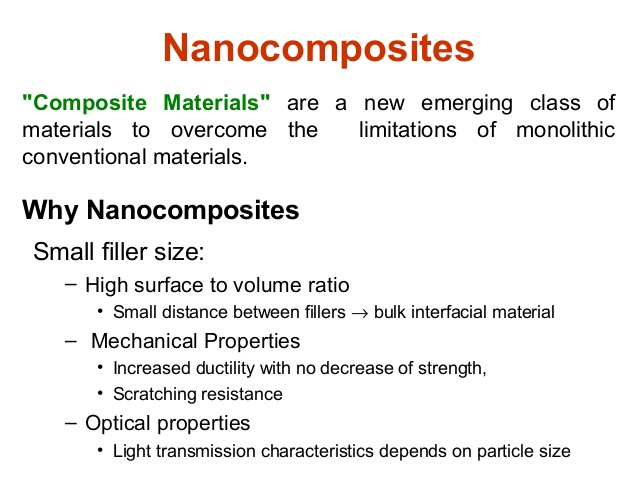 How Nanocomposite can help in automotive

The key role will be played precisely by the automobile industry, which accounts for about 70% of the consumption of polymer nanocomposite materials. Further growth in demand from this segment will be the main driver for the growth of the world market of polymer nanocomposites. Polymer composite materials are used in the automotive industry, usually for the production of such auto components and parts as handles and trim elements; rear view mirrors; Elements of a fuel tank; Suspension elements; Brake systems and bumpers. Also, the report also notes the expected growth in the segment, such as elastomeric nanocomposites, due to increased demand from tire manufacturers. The automotive industry will continue to be the largest consumer of these materials throughout the foreseeable future (the next five years). 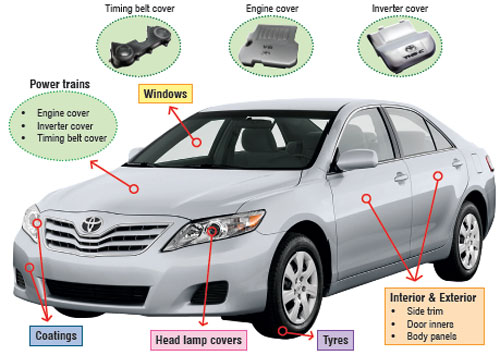 The growth of harmful emissions produced by road transport contributes to an increase in the temperature of the atmosphere and the deterioration of the ecological situation of the planet. At the same time, it is not possible to completely exclude these emissions, but they can be reduced to a minimum. Governments around the world are implementing stringent regulations and policies designed to reduce automobile emissions. Also, states and public organizations are actively working in the field of public awareness of the harmful effects of these pollutants of the environment and the atmosphere.

Automakers and representatives of related industries are shifting towards the more active use of electrical energy, instead of energy derived from fossil fuels (oil, gas). Also, growth in demand for polymeric nanocomposites will also be observed from other segments of consumption. The production of electronics and semiconductors, the creation of aerospace equipment, the military industry, the biomedical industry, construction, the packaging industry and renewable electric power industry will serve as additional (to the auto industry) and strong drivers of the rapid growth of the world market of polymer nanocomposites in the foreseeable future.

Nano-clays are widely used as fillers, and the demand for this material is anticipated to enhance in foretell period. The spreading of clay in the polymer environment increases the exterior area. The 2% -8% nanocomposites in polymer clay meliorate the forcible and mechanically skillful, and it cuts down gas and moisture permeableness. Nano-clays provide such advantages as improving the life cycle of the product, reducing transportation costs due to light components, and reducing the need for flame retardants, which makes a reliable contribution to the growth of the global market for nanocomposites. 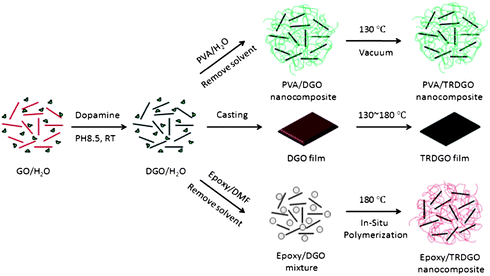 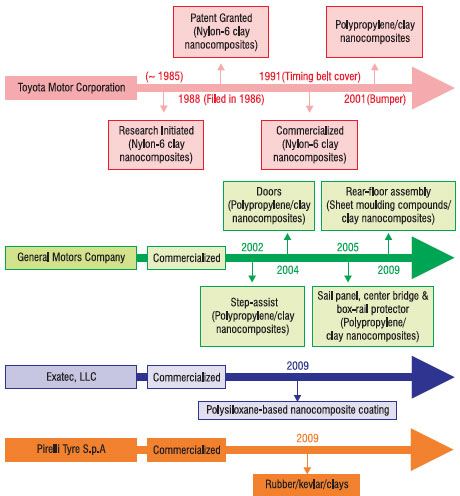 I am Malala Book Analysis

Network security is a significant factor considered when determining the effectiveness of a communication infrastructure or a computer network. The morale and productivity of any institution are determined by the institution’s ability to provide a secure operating environment. An institution …