A theory is a foundation of principles to which the behavior of a subject is related to. In the nursing field, there are various aspects associated with the behavior of the nursing personnel as well as the patients and other stakeholders. Therefore, a theory explains why they behave the way they behave and in the conditions that they are in. It is a description of the reason why things are the way they are. Concentrating on the nurses and the medical practitioners, they at times get bored and tired due to the nature of their job. They are required to work for many hours, at times with limited breaks. The relationship between the stress that affects the practitioners and the nature of their jobs constructs a theory. They get stressed because they work for long hours and the nature of their job is stressful as well. At other times, medical practitioners are said to work better and well due to the professionalism gained in their school life and subject to the code of ethics. The cause of their responsible character is, therefore, the code of ethics and school life. The relationship between responsibility and the code of ethics forms a theory. Therefore, a theory explains the reason for having issues the way they are (Scott & Poteet 2017). It is a way of elaborating more than what can literally be seen. Theories form the basis for the deeper conduction of research regarding a certain aspect affecting people. A theory allows researchers to come up with the hypothesis as well as the study questions. By setting the goal for research, one is able to create research questions around those objectives. In addition, a prediction of what is expected of the research is made through the hypothesis. In short, the theory lays the foundation for all relationships between different entities.

The middle range theory selected is the sister Calisto theory. This is one theory that defines the nursing profession exclusively. In this regard, it provides for the perception that professional nurses are taken for. It is the best alternative to use as it forms the basis for the study of various nursing aspects. For instance, it explains the causes of human behavior, by taking nursing professionals as samples. It serves well in determining the various impacts that come with being a nurse. In addition, the theory elaborates on the various source of stress that affects professionals. It also elaborates on the stages of nursing, helping the researcher to understand deeply the real aspects that take place.

This is a theory that explains more about the nursing profession. It takes into account the three aspects of a human being, claiming that he takes the biological, social, and psychological aspects. In short, a person is referred to being a bio-psychosocial being that has various systems that work in coordination. The biological part of the body supports it to function and has all the body systems deliver what they are meant for (Head & Noar 2014). On the other hand, the theory describes a person as being social. As such, he requires keeping on interacting with other people in order to remain stable and keep on growing. By being psychological, the theory states that a person has an internal process that connects to the mind and that determines the moods he takes as well as the attitudes. 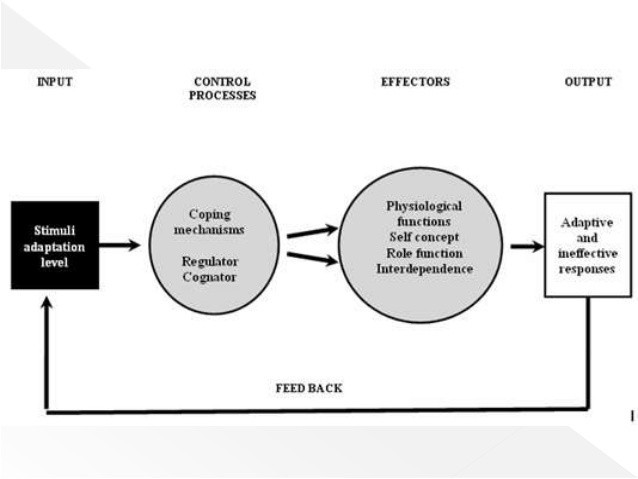 What is the effect of nurses’ recognition on productivity?

This is a question that seeks to determine the role that recognition plays in the motivation of nurses. In this case, the question aims at determining if there exists any relationship between the level of motivation and the aspect of being recognized for their work and for who they are in the organization.

What is the effect of the level of job security on nurses’ productivity?

Job security is an important aspect of the employees’ motivation. It, therefore, seeks to determine how well the employees would work in a situation where job security is unknown. In addition, the question aims at determining the level of motivation that the nurses would have on their work in an environment where job security is unknown (Alligood 2017). The question seeks to compare an area of work where the nurses are secure about their jobs and another instance where the future of their employment is not definite.

What is the effect of the level of payment on the nurses’ productivity?

This answers the research question regarding the impact of the level of recognition on the level of employees’ productivity. This is because the two are directly related. When the employees are more motivated, they feel appreciated and give their best in their work. This increases their productivity.

It is the hope of every employee that he will be employed for the longest time possible and will not run out of employment unexpectedly. When the employees work under tight job security conditions, they feel relaxed and thus offer better results and higher quality of services.

Money is not the only factor in employees’ motivation. However, it is impossible for any of the employees to work under minimal conditions, or to work effectively where one is underpaid. When the employees are paid effectively, they are able to meet their needs effectively and thus do not strain their daily lives. With fewer stress levels, the nurses are able to offer better services due to the higher levels of motivation.

The work of a theory is to relate different aspects. For instance, aspects that are directly related are compared to determine the end result. Theories form the basis for the conducting of research. For instance, Sister Calisto’s theory describes the nature of human beings, and thus the nature of nurses. Calisto’s theory describes the human being as being a system that operates in three different aspects. On the other hand, the motivational theory relates the end result of the nurses to the cause of their motivation. The motivational theory paves the way for the determination of the various aspects that lead to better performance for nurses. In addition, it leads close to the determination of the factors that would not affect the level of employees’ productivity in a big manner. Theories are all about relationships. Therefore, they relate the dependent variable to the independent variables. They provide organizations with good opportunities to gauge their performance. It is on the performance determined that the management gets a chance to effect necessary changes in the long term.

How can Testicular Cancer affect the patient and their family?

Introduction Prevention of diseases and acquiring an improved quality of life needs immense health care around the globe. For the said purpose, healthcare providers are central factors to improving the health and well-being of the commoners. Winter (2020) argued that …

Introduction Food contaminated by bacteria, viruses, or parasites can be a source of many diseases. An estimated 48 million people come down with foodborne diseases annually. Researchers have identified approximately 250 types of infections and diseases that are caused by …

Application of Statistics in Health Care