The word “vulnerable” is derived from Latin which means wounded. The vulnerability of the population can be caused by plenty of reasons but in this research paper, we will emphasize on the population that is wounded by the sufficiency of nursing that leaves them handicapped with the perspective of their health (Shi & Stevens, 2010). On the other hand, “disparity” is defined as a difference by the Webster dictionary. It is a neutral idea and may look like rational that different people have different health problems that need different quantities and types of care. For instance, young people are expected to be healthier than elder people. Similarly, football players have a greater probability of leg fractures than players who do not. The objective of this discussion on health disparities is not just to highlights the differences in health between different classes but to figure out the solution for these differences in order to achieve the third SDGs goal of the United Nation.

Chronically ill and disabled people are documented as the most vulnerable population in the world. As compared to a healthy population, they consume more healthcare dollars. Another strand of literature claims that homeless and low-income individuals are more likely to have chronic disabilities and illnesses. As far as certain geographical communities are concerned, people living in rural areas frequently have worse healthcare as compared to other population groups. Similarly, The American Public Health Association is paying key attention to the climate change impact on vulnerable population which severely affect the very old and very young population class. Lastly but importantly, due to the fear of facing discrimination, one out of five LGBTQ community has evaded in search of medical care in the world.

2.1 Factors Responsible for Vulnerability of Population

As per the WHO official website, the biggest factor responsible for the vulnerable populations and disparity at the present time is climate change and air pollution. WHO funded research finds that 9 out of 10 people all over the world breathe polluted air daily which is the greatest environmental risk to health. The burning of fossil fuels is documented as a key determinant of air pollution and climate change. Population vulnerability to these dangers and so the threat of substantial influences differs by county, highlighting an imperative problem of health disparity, both across individual societies and globally from north to south perspective (Gee & Payne-Sturges, 2004).

The global health system is facing multiple health challenges. This sector has reached a crucial time period on the subject of human resources. A key factor responsible for the vulnerability of a population in terms of healthcare is the sufficient capacity of the health workforce. A lack of qualified nursing staff has been recognized as an important barrier to eliminate the population health vulnerabilities from the world. According to WHO estimates, increasing demand of healthcare for vulnerable populations will create 40 million new jobs by 2030 (Drennan and Ross, 2019). Another threat to global population vulnerability is non-communicable diseases including heart, cancer and diabetes disease which are jointly blamable for more than 72% worldwide deaths. Key factors of boosting these diseases include air pollution, unhealthy diets, use of alcohol, physical inactivity and tobacco use. Similarly, the fragile and vulnerable setting is also recognized as a factor of increasing the size of the vulnerable population. Almost 25% population of our planet lives in places where weak health services and protracted crises leave them without access to primary healthcare.

Antimicrobial resistance is another prominent threat to population vulnerability. Greatest successes of modern medicine include the development of antimalarial, antivirals and antibiotics. But these medicines are running out in the world. The ability of fungi, viruses, parasites and bacteria (antimicrobial resistance) to resist these drugs is another threat that taking us back to the periods when we were unable to treat infections. Moreover, weak primary healthcare is another factor responsible for the vulnerable populations and disparity at the present time. The majority of the countries around the world do not have an adequate primary healthcare system. Key reasons may be the unavailability of financial resources and the lack of educated people in the healthcare departments. In addition, despite the availability, vaccine hesitancy is another serious threat which can reverse all advancement made in improving global health-related vulnerability (Woolf & Braveman, 2011).

Healthcare professionals can play a significant role in coping up with these problems for instance, speaking out to protect the vulnerable population, pushing for a speedy accomplishment of the UN SDGs goals, forcing political leadership, promoting improved energy efficiency and renewable energy sources, and framing climate change as a key public health issue. Historically, nurse practitioners have played a key role in caring the vulnerable populations including working poor, immigrants and uninsured people. Healthcare of these vulnerable populations needs a particular skill set for most favorable helpfulness. Literature shows that nurse practitioners’ skill development is essential in caring for these populations.

The Sustainable Development Goals (SDGs) is a pool of seventeen universal goals proposed by the United Nation in 2015 to improve the global living standards of people with sustainability. Being the part of UN Resolution 70/1, these goals are anticipated to be accomplished by all 191 UN member countries by the year 2030. The majority of the goals are mutually dependent and each has pre-defined targets that are measured with related indicators. For the purpose of brevity and easy track-ability, updated data on these goals has been made accessible in a simply understandable language. Researchers have designed plenty of tools to visualize and track the advancement of a particular country towards a particular goal. The paper in hand revolves around the third SDGs goal titled “Good health and well-being for people” which makes sure healthy lives and encourage well-being for all at all ages. Following figure 1 describes all UN SDGs goals in a concise way (Hák et al., 2016; Xiao, 2018; Dossey et al., 2019). 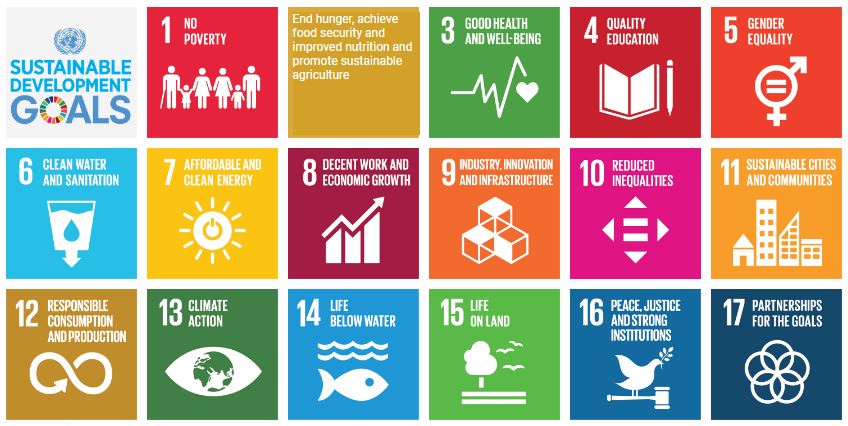 3.1 My part as a Nurse in upholding the SDGs Goals

Nurses, through the career they have picked, make sacrifices day in and day out to help others. We are often overly involved as caring people, giving, kind-hearted, role models and angles. So how much more we can do to uphold the SDGs goals is an important subject for discussion. United Nations provides key importance to health in SDGs goals where the third goal “Ensure healthy lives and promote well-being for all ages” exclusively belongs to it.

As one of the matchless health professionals, and being the part of the biggest percentage of health professional teams, nurses have the built-in responsibility to participate in the United Nation mission to implement the SDGs goals around the globe. Our work has a wide-reaching impression on executing the SGDs goals because we provide a range of services and work in a wide variety of conditions. Being a nurse, I understand well-being, hygiene and health and also have the knowledge of gender importance in the health sector. I also have information about the most vulnerable population concerning illnesses, and facts about the non-communicable and communicable diseases. So I can play a key part in implementing the majority of SDGs goals (Dossey et al., 2019).

3.2 Future Responsibilities as a Nurse involving Ethical Norms in Healthcare

The medical world without the nursing department is nearly terrible to imagine. Everywhere we turn, nurses are there for patients from all walks of life to provide services. They work in different environments for instance, businesses, churches, schools, hospitals and wellness clinics. As nurses are on the frontline of healthcare service delivery, we are in a solid place to help the world achieve SDGs goals in numerous ways. Same as other professions, nursing has its own distinctive ethical norms which outlines the responsibilities of nurses during medical practice. We are accountable to provide quality services to our patients/clients. We are unquestionably challenged with numerous ethical norms in our professional practice, so we should know the ethical codes of conduct which are fundamentals for the ethical decision-making process (Rosa, 2017).

One of my dynamic goals as a Nurse is to eradicate health disparities in my country and play an active part in lowering down the vulnerable population size in terms of healthcare. I have categorized my future responsibilities as a nurse in four parts including 1) Respect for others, 2) Commitment to the patient, 3) Honesty and Self-Integrity, and 4) Professional responsibilities. Being a nurse, my key responsibility would be to respect the value and dignity of my colleagues and patients. Irrespective of medical conditions or personal attributes, I will treat all persons equally. My second ethical responsibility as a nurse would be to work with the patient to provide healthcare that enables his/her social, emotional and physical well-being. My other ethical responsibility is to maintain self-integrity and be honest with colleagues and patients. According to medical literature, nursing also has a number of ethical responsibilities with the perspective of the nursing profession. I will always try to improve both the conditions of employment and healthcare environment to maximize the delivery of quality healthcare services.

The Impact of Medicare and Medicaid on Delivery of Healthcare

A team which is lead by Dr. Kaiser-Permanente and other scientist have designed and experimented a realistic tool for the identification of diabetes among the patients who has higher probability of being admitted to the hospital because of hypoglycemia, or …

Case Study of Healing and Autonomy

In 200-250 words, respond to the following: Should the physician allow Mike to continue making decisions that seem to him to be irrational and harmful to James, or would that mean a disrespect of a patient’s autonomy? Explain your rationale. …

An Essay on Abortion

Abortion is a topic of considerable debate for years among experts. There are polarize opinion about this issue, some people believe that it is an immoral act to kill a baby before coming to this world, while others believe that …