Drugs are chemicals and they owe their activity to the contribution of each chemical group in their structure. For instance, a drug that has an organic acid group like acetylsalicylic acid (aspirin), is well absorbed in the acidic medium of the stomach, and the acidic group is also important for its anti-inflammatory activity. The purpose of this paper is twofold: first, to discuss the structure-activity relationship (SAR) of doxazocin, nadolol, and nitroglycerine, and secondly to determine the best drug for a 72-year-old patient called HP who has high blood pressure. HP is already taking other drugs such as saw palmetto, sildenafil, and Symbicort for the management of prostatic hypertrophy, erectile dysfunction, and chronic bronchitis respectively. 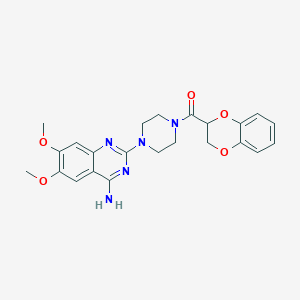 Doxazocin is a derivative of prazosin. Figure 1 shows the chemical structure of doxazocin.

The antihypertensive action of the drug is the result of peripheral vasodilation caused by postjunctional blockade of α1-adrenoceptors. To achieve optimum activity and minimize the side effects, the drug must have high selectivity for α1-adrenoceptors.

The piperazine ring of doxazocin is not essential for adrenoceptor blockade activity because alfuzocin in which the piperazine ring is open still has almost equal selectivity for α1 receptor as does doxazosin and prazosin.

Nadolol is a non-selective β receptor blocker. The chemical structure is shown in figure 2. The drug inhibits both β1 receptors and β2 receptors. This blockade causes negative inotropic effect and negative chronotropic effect. It also prevents release of renin and blocks sympathetic innervation. 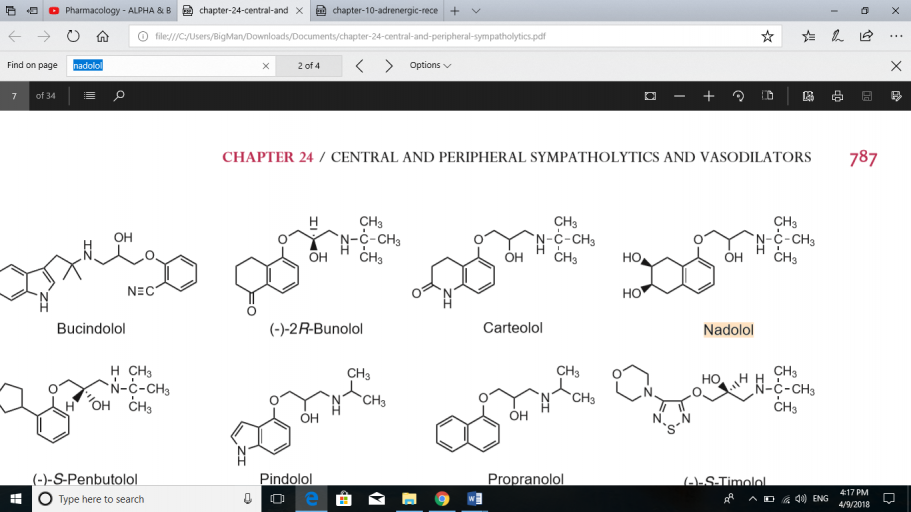 The –OCH2 group increases the antimuscarinic potency of the compound. Lengthening the side chains attached to this group does not interfere with the folding of the molecule which is important for receptor binding.

Nadolol has short substituents on the para position which makes it mixed-acting. Replacing these substituents with longer chains would make it selective to β1.

Nitroglycerine is mainly used for the management of angina. It also lowers blood pressure. It has the chemical structure shown in figure 3. 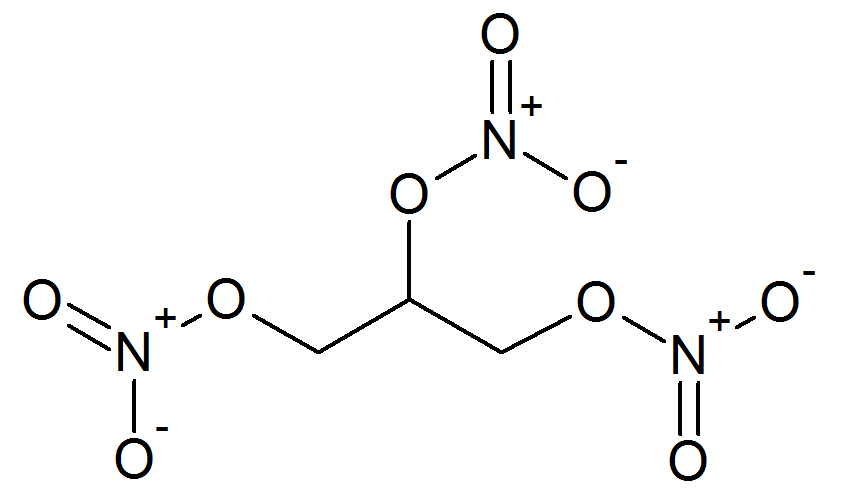 The action of nitroglycerine depends on denitration which releases NO in the smooth muscles. NO causes smooth muscle relaxation through increased cGMP levels. The activity of the drug depends entirely on its metabolism to NO which implies that nitroglycerine itself is a prodrug whose active form is nitric oxide.

As the drug interacts with sulfhydryl groups and glutathione groups of tissues and erythrocytes it produces nitric oxide through an intermediate called S-nitrosothiol. Another action of NO is to increase the concentration of potassium ions in the blood, leading to hyperpolarization.

Doxazosin is the best drug to administer to HP for the management of hypertension. The rationale for this choice is that doxazosin has high specificity for α1 adrenergic receptors compared to nitroglycerin which produces mild relaxation. Doxazosin synergizes sildenafil activity on benign prostate hyperplasia. At the same time, Sildenafil potentiates the anti-hypertensive effect of doxazosin. Given that HP is very elderly, administration of Doxazosin will also help to check on his plasma lipid profile, further minimizing his hypertension.

Why the other Drugs are not appropriate

Issues Faced at the Car Care

Neuro-Biology and the Peculiarity of Kinship

According to NHS (2021), in most cases, stress is a very positive factor that helps us deal with different challenging situations effectively. However, the level of stress should be moderate so it does not affect the mental and physical health …