Known for his landscape paintings, George Inness was responsible for painting the “Lake Nemi” painting which is now in Yale Art Gallery. The size of the painting is 102.6 by 138.1 cm and was painted in 1857 done with oil paints and on canvas.

One of his paintings found in Yale Art Gallery has been of great interest to me which is “Lake Nemi” 1857. This painting depicts an example of representational art. Representation art is an art that has images which are easily recognizable for what they are intended to be example including tree, human figure among others (Parker). These images need not be true to life such as a tree being green or even upright but must be explicitly represented in a way one can recognize that it is a tree. In this particular painting, we are in a position to see trees in which some are green; we see something like a lake. We also see two individuals one sitting on a stone and the other standing while looking in the valleys direction. Through identifying and recognizing all these features from the painting, it becomes a representative art.

This painting has intrigued me, and I like it. From just looking at the time, someone appreciates the painter’s work. The painter was able to bring the maturity and the uniqueness in this paint, and that is the reason I like it (Parker). From the painting even before analyzing it, one is in a position of identifying elements in the painting. One can identify two individuals facing the lake direction who seem to be women talking. The sky is blue thus proving to be a sunny day and good for going out or chilling outside. The fact that one can see all these from just looking at the painting is what makes me like the painting.

What drew me to this art is the presence of two figures facing the water body nearby. Most painters are used to letting the image being painted cope with the viewers so that his/her face can be seen. In this painting, the painter decided to paint his figures confronting the other direction and still bring the maturity out is what drew me to this painting. The uniqueness in this painting was also another reason I was drowned by the painting. Not many painters can achieve these two qualities in their paintings i.e. uniqueness and maturity, but in this portrait, they are all available. How each element fits and coordinates with each other is what brings out the sophistication in this painting and keeps intriguing me.

When looking at the painting, one can note that the two figures present in the art are like in an argument or upset. This is because one figure is wearing a red outfit, in particular, has stood up looking at the other figure dressed in a blue outfit is still sitting (DeLue). The figure standing sounds like a woman upset as she has held her head and looks at the other woman who looks composed. Thus, the emotion of curiosity is what I feel as I would like to know what was going on for the red woman to stand up and hold her head. The painter was trying to pass a certain message or story by painting this figure like that, and this brings up curiosity.

When analyzing this painting, there exists elements that can be noted. One of the features that can be pointed out that was used by the painter, in this case, Inness was color. The artist in this painting made use of color to the fullest as He was able to use bright colors and dull colors. There exists a mixture of color which can get a viewer attention as one can see the color blue and red for the human figures while dull colors for nature. With the help of colors, a statement can be made or even set the mood. With the aid of color, a cool down effect is felt and this case the nature of dull colors have been used thus coolness. With the help of color, the artist has brought about tranquility, warmth and elegance in his works as he has utilized the use of color as the color has been distributed evenly in various ways.

Another element considered when analyzing this art is the use of actual lines. Actual lines are lines which are physically present in any design. The painter, in this case, used actual lines that exist in real life and can be seen. A good example is the river bank in the painting. One can see a line which in this case is curvaceous that divides the water body to the land and this line is what is identified as an actual line.

The painter employed the use of Gestalt theory and in particular proximity. Proximity is achieved when separate elements are put together to form to form a group. In the portrait, the painter was able to bring different items such as water body, valley, nature, humankind among other together to form a picture. This could not have occurred if these elements occurred alone thus proximity needed. With the use of proximity, unity is achieved bring out the intended picture as proven in this portrait.

When it came to the paint being used, we see the painter deciding to use oil and canvas to achieve success. Different artists have different paints they use such as oil, fresco acrylic depending on how they want to portray their p[painting. Different paintings have a certain chemical composition which the effects of each painting are different. Inness decided to employ the use of Oil and canvas to bring about smoothness and flow in his painting.

He was the fifth born to the late John William and Clarissa Baldwin of thirteen siblings in Newburgh, New York. His family relocated when he was around five years to Newark, New Jersey. All his life, Inness has always been interested in art as in his teenage age, he was a map engraver and was able to attract attention from his works especially a French artist FranÃ§ois Gignoux (DeLue). Later he attended schools that helped him in being the artists he was. Apart from being a painter, Inness was a family man as he had six children with his second wife Elizabeth after the death of his first wife, Delia. His works were mostly influenced by older masters and theology. Art critics viewed Inness work as great and viewed him as one great artist in America commonly called “the father of American landscape painting,” as his paintings portrayed maturity and uniqueness in their way and he passed away when he was at Bridge of Allan, Scotland in 1894. 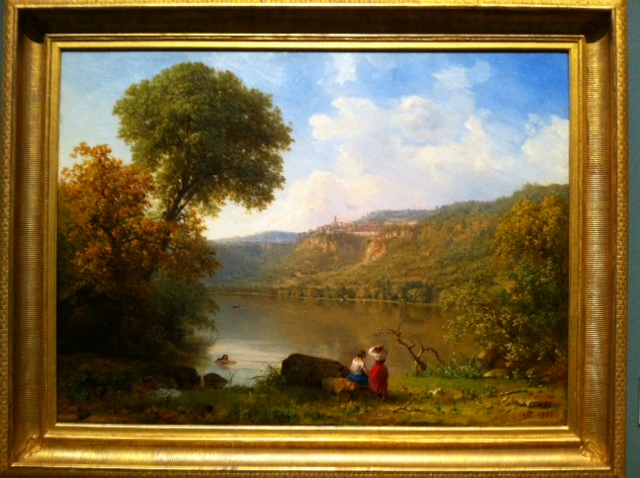 How A Special Needs Child Affects A Family