Music Concert- Bluegrass concert performed by Jonah Riddle & Carolina Band in Raleigh within the North Carolina State Fair held on October 17, 2015. I decided to use my experience in this concert to develop my cultural experience report. I went to this bluegrass concert as I wanted to listen to a different genre of music to the one I listen to daily which is that of hip-hop or rock music. I also wanted to learn about music and the cultural context of music. I attended the Bluegrass concert which was performed by Jonah Riddle & Carolina Express Band on October 17, 2015. This concert was held at Raleigh which is at North Carolina State Fair. The band is a local band that originates from North Carolina , and it often travels around the South-east regions of the United States of America to play their music.

The band is made up of family members and friends. The three band members who performed at this particular concert were Jonah, Tyler and their uncle who played the bass fiddler. The Bluegrass concert performed by this band was performed outdoors, and the stage was a house porch known as the Bluegrass stage. The field was filled with fans of this genre of music and there a vibrant atmosphere at the concert. I was quite impressed by Jonah as he played the banjo which dominated the whole performance. I found myself snapping my fingers and tapping my foot after around the third to the fourth song which is a sign I was beginning to enjoy the music.

After this concert, I went home and did some research about bluegrass music. I visited the Bluegrass website, and I learned a lot about the history of bluegrass music. According to the website, the people who migrated from England, Scotland and Ireland to America around the 1600s brought about some basic music styles which are taken to be the origin of bluegrass music as it is in the present day. Jamestown settlers wrote many songs which talked about day-to-day life as they moved into North Carolina, South Carolina, Kentucky, Tennessee, Virginia and West Virginia. Most of these Jamestown settlers lived in remote places, and hence they wrote songs which were a reflection of their life in the hills or on the farm. This genre of music was known as “country music” or “mountain music.”

I recall one song the band played which was called “River Run.” The song portrayed a man who was living on a mountain and used a nearby river to sustain his livelihood. The river provided fish and water for the man who lived a simple life in the mountains. I attempted looking for the song online but could not find it even the lyrics of the song.

When I was at the concert, I practiced Dame Evelyn Glennie’s ways of listening to music. I focused on the rhythm, harmony, melody, form, and dynamics of the music. I incorporated my experience with one particular statement said by Dame Evelyn that “it takes some time to get to know and like something.” It took me about four songs performed by the band for me to enjoy the music. Despite this, I enjoyed my experience at the concert and find myself nowadays listening to bluegrass music. After doing some research, I learned some of the bluegrass music histories. My experience at the concert changed my outlook on music and taught me how to really ‘listen’ to different genres of music. I learned and understood that music is part of the human culture which involves audible and structured sounds and is used for entertainment, artistic and ceremonial purposes.

Photograph taken at the concert. 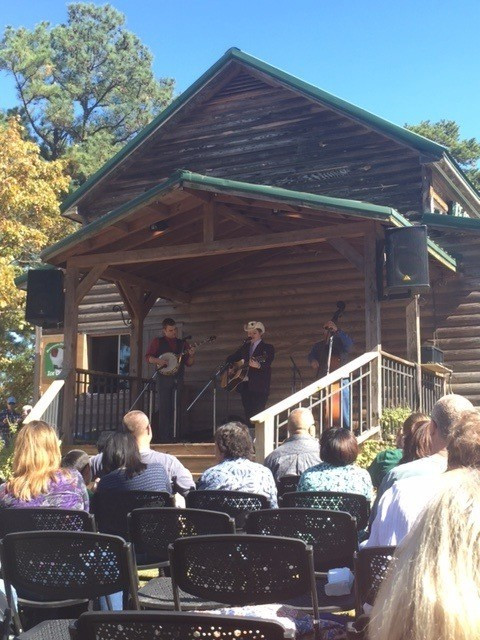 Introduction: Cognitive Behavioural Therapy (CBT) states to a blend of social and psychosomatic hypotheses of the human behaviour, psycho-pathology, and the inclusion of enthusiastic, family, and noble impressions. There are several sub-categories of the psychoanalysis based CBT a share of …

The article analyzes the formation of forms of social assistance and support for those in need in England during the Middle Ages and up to the 17th century. It is shown how gradually the types of charitable aid were integrated …

Social diversity, in contemporary times, has ignited the need of technological advancements that could facilitate engagement and interactions overcoming demographical and geographical constraints. I have grown up studying history according to with social diversity has led to social discrimination, segregation, …