When applying this theory on consumer attentiveness, the cluttering strategy in advertisements can also lead to reduced attentiveness, focus, and understanding by the millennials. They are more likely to focus on superficial idea or overview rather than understanding the in-depth analysis or purpose. Considering this aspect, it is a good idea that Ford has kept their marketing strategy very comprehensive, simple and to the point.

On the other hand, the Program involvement is more direct and appropriate approach when it comes to consumer attention. In the case of Ford’s Marketing, the program involved was greatly considered. This strategy ensured that the attention of the consumers is directed in the right direction and a real and desired perception of the brand is created. The program involvement approach is also better as it targets the appropriate audiences and customizes the marketing strategy according to their dynamics.

In the chosen advertisement of Ford Fiesta (Reference Figure), two of the following components are used most appropriately and properly for attracting the consumer attention.

The color and visuals are very carefully chosen and placed in the advertisements. The gray background and the visuals of the bridge gives an impression of soberness, elite-ness, and perfection to the product. The visualization of the bridge symbolically represents the control over the natural forces using the excellence of technology. The placement of the red metallic car on the right 1/3rd side of the advertisement helps in embossing the product. It immediately catches the attention of the viewer. The red metallic color is a symbolic interpretation of being elite, unique and high class.

While following types of ads are more likely to be observed and noticed by the millennials.

The Ford advertisement and marketing strategy also focuses on the message involvement that has to be sent to the viewer to create a unique brand image and perception. This also creates a focused audience for the advertisement. For instance, the chosen ad shows that the car will be exceptional and valuable for those who value technology. 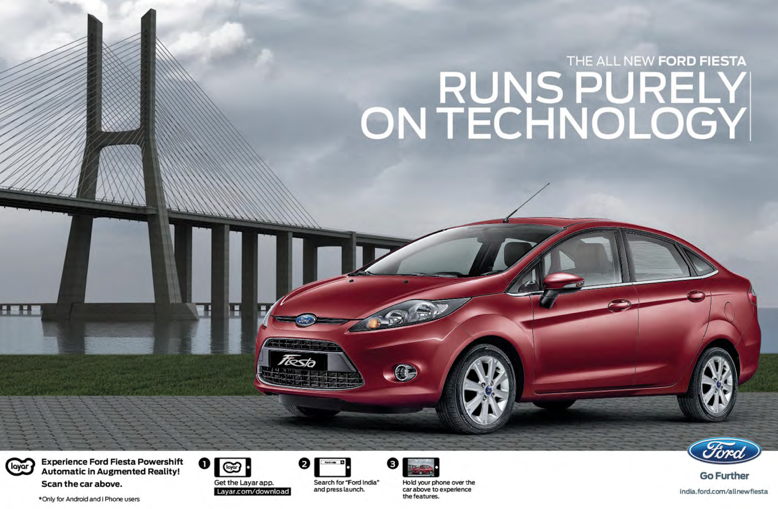 Trends in the Cyber-security Industry

The Effects of Video Games on Children

The idea of capitalism represents and enlightens the perspective of freedom as well as equality. Normally, most of the adults whether rich or poor are protected and spend their lives under the same rules and legislation (Scheuerman). However, the possible …

The young generation in developed countries often faces difficulty in completing their education as they don’t have enough expenses. Moreover, students or individuals with lesser pay scales are unable to take potential loans to solve their issues. Based on this …