Atoms are composed of three types of sub-atomic particles. Complete the following table to give their names, masses and charges.

3. Fill in the spaces in the following table

“An atomic mass unit (written as AMU or amu) is termed as exactly 1/12th of the mass of an atom of carbon-12. The carbon-12 or (C-12) atom has six neutrons and six protons in the nucleus of the atom. In others terms, one AMU is the average of the proton rest mass and the neutron rest mass. This is approximately 1.67377 x 10 -27 kilogram (kg), or 1.67377 x 10 -24 gram (g). The mass of an atom in AMU is roughly equal to the sum of the number of protons and neutrons in the nucleus”(“Chemical elements of the periodic table sorted by Atomic Mass,” n.d.).

The Atomic Mass Unit (AMU) is being used to state the relative masses of and thus differentiate it amongst numerous isotopes of any elements. Therefore, for instance, uranium-235 (U-235) has an atomic mass unit of about 235, whereas uranium-238 (U-238) is somewhat further huge. This alteration outcome from the point that U-238, a very abundant naturally existing isotope of the uranium element, has three further neutrons as compared to that of U-235, an isotope that is being used in atomic bombs and nuclear reactors.

6. Complete the spaces in the following table:

Isotopes are those atoms that have a similar sum of protons. However, they have different amounts of neutrons present inside an atom. In other words, they have dissimilar atomic mass but the same atomic number. Isotopes are the numerous forms of a single component.

There are a total of 275 isotopes out of 81 stable compounds. There are around 800 radioactive isotopes discovered till now. Several of them are synthetic, while some are natural. Each substance on the periodic table has many isotopic forms.

The quantity that determines the identification of an element is the atomic number, while atomic mass helps to identify the isotope of an atom.

Hence in a sample of Chlorine, the average relative atomic mass would be:

11. Naturally occurring gallium, atomic number 31, consists of a mixture of two isotopes with the abundance shown in brackets.

What is the relative atomic mass of naturally occurring gallium?

An artificial isotope of gallium has 41 neutrons. What is its mass number?

The mass number of the artificial isotope of gallium which has 41 neutrons, will be 71

The mass number of the isotopes of magnesium is 54.93

b) The RAM of natural magnesium.

13. Write down the full electron configuration of the following atoms:

14. Write down, using the ‘electron – in – box ‘ representation, the electron configurations of the following atoms:

15. Write down the abbreviated electron configurations for:

16. On a separate sheet, give a summary (600 words) of what you have learned during this assignment about the structure of the atom. Include annotated diagrams in your description and include the following

a) A brief history of atomic theory, including JJ Thomson, Dalton, N Bohr, E Schrodinger, and other famous scientists. Use diagrams to illustrate the changes in the structure of the atom.

b) Describe the main components of the atom and detail what you know about each of them.

c) What are isotopes? What are the uses of isotopes?

d) What is the significance of the electron?

e) What are the methods used for describing the energy of the electron? What does the notification 2p4 mean?

J.J. Thomson’s has done experiments with the help of cathode-ray tubes that have shown that all of the atoms of an element comprises of small negatively-charged sub-atomic units within the atom, and it is called the electrons.

JJ Thomson’s plum-pudding prototypical of an atom of any element has negative-charged-electrons which are embedded inside a positive-charged soup.

Rutherford’s experiment of gold-foil has revealed that an atom is frequently unfilled spaces with a dense, tiny, and a +ve charged nucleus in it.

Founded on these outcomes, Rutherford has suggested the nuclear-based prototype of an atom.

Further ground-breaking experimentation in the past of the atom has conducted by the scientist Ernest Rutherford, a doctor from New Zealand who has spent his life in Canada and England. In his renowned experiment on gold foil, Ernest Rutherford has fired a very thin beam of α (alpha) particles at the very thinner sheet of the pure gold.

The discovery of electrons inside the atom and the discovery of radioactive elements and radioactivity in the conclusion of the 19th era have led to several prototypes for the identification of the structures of an atom. In the year 1913, Scientist Niels Bohr has presented the theory for the atoms of hydrogen, which is founded on the quantum theory that says that the energy is transported only in several well distinct numbers. Electrons must circulate in the nucleus, however only in the arranged paths. When moving from one trajectory to the other orbit with a lesser energy level, a quantum of quantum is produced. The theory presented by Bohr can enlighten why atoms produce light in particular wavelengths. 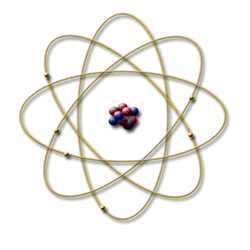 b) Describe the main components of the atom and detail what you know about each of them.

Atoms are the smallest and fundamental elements of matter and the defined structure of any elements. The word “atom” derives from the Greek word for indivisible, as it was assumed that atoms are the tiniest particle in the whole universe and an atom is non-divided able.

Protons are +ve charged elements that are founded inside the nuclei of an atom. Electrons are very small as compared to that neutrons and protons, around 1,800 times lesser than of neutrons or protons. Electrons have a relative mass of 0.0005439 (as compared with the mass of a neutron being 1) or about 9.109×10-31 kg.

The neutron is mostly used as to compare and find out the comparative mass of electrons and protons. The existence of the neutron was conceived by the scientist Rutherford in the year 1920 and was discovered by Chadwick in the year 1932. Neutrons were founded inside the atoms in the experiments in which when atoms were fired at the thinner sheet of beryllium. Sub-atomic elements with no charge were released – the neutron. 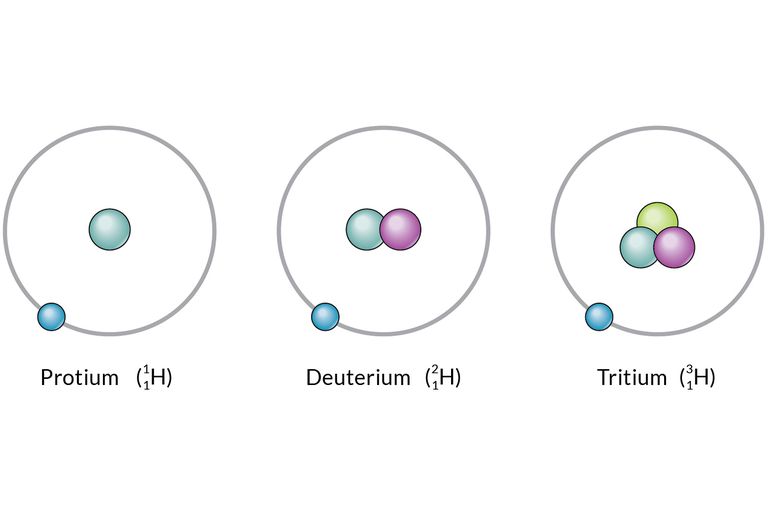 Isotopes are those atoms that have a similar sum of protons. However, they have different amounts of neutrons present inside an atom. In other words, they have dissimilar atomic mass but the same atomic number. Isotopes are the numerous forms of a single component.

There are a total of 275 isotopes out of 81 stable compounds. There are around 800 radioactive isotopes discovered now; several of them are synthetic, while some are natural. Each substance on the periodic table has many isotopic forms.

Isotopes are used in several ways. Some ways are listed below

Electrons are the smallest as compared to that of neutrons or protons, around 1,800 times lesser as compared to that of neutrons or protons. Electrons have a relative mass of 0.0005439 (as compared with the mass of a neutron being 1) or about 9.109×10-31 kg. An electron configuration of the atom is the orbital description of the position of the electrons in an atom. With the Use of the principles of physics and electronic configuration, the chemists could forecast the properties of the atom, for example, boiling point, conductivity, and stability.

What are the methods used for describing the energy of the electron? What does the notification 2p4 mean?

Two methods are used to describe the energy of the electron

An electron of an element could absorb the lighter photon to reach the higher-energy state. Though, the wavelength of the photon of light is the explicit wave length from every atom. Every atom, when placed in the spectroscope, creates many combinations of colours. These elements could only accept and produce the photon of light of definite wavelengths. If the wavelength has excessively or very less energy for that element, it would not be acknowledged. When the electron is in the excited state configuration, for it to come back down to its lower state, it produces a similar colored frequency of a photon to release the energy.

When the elements hit, the electrons could be engaged from the lower state of energy towards the higher energy states. This happens as specific of kinetic energy amongst the two striking atoms is moved towards the electron. Incoming the very fast impacts, the electron might be knocked-free from its parent atom. This is also known as collision-ionization. These electrons are then capable of being engrossed by the other atoms. Ionic bonds, which are created when the electrons are moved from one element to the other element, happen in the fashion.

Casinos at Las Vegas and the Atlantic City of U.S.

Analyze, Evaluate and Observe the Entropy and Enthalpy of Vaporization of 1-butanol in Response to Changes in Temperature and Pressure

The red color of the hair is very rare in the whole world. About one to two percent of the people in the world have red-haired. Human skin and hair follicles contain some specific cells in the body that are …