During the 18th century, the majority of artists used to put their focus on the topics of ‘nature and beauty’ in their paintings. The theme of ‘nature and its beauty’ was one of the most focused, expressed and difficult themes of all times. It is because nature is highly diverse, complicated and comprise of immense variety within it. Among many famous artists of that time, Kano Sokuyo and Maruyama Okyu are also included. Kano Sokuyo was a Japanese artist who was born 1716 and died at the very young age of twenty in the year of 1736. The central theme of most paintings of Sokuyo was nature and its diverse beauty. One of the famous paintings of Sokuyo was created during the 18th century and was titled as “Two-panel screen” (egrets and bridge).

The second artist named Maruyama Okyo was an Asian artist and was born in the year of 1733 and died near of the end of 18th century in 1795. One of the famous pieces of Okyo was his paintings named as “Hanging Scroll” (The pair of pheasants). This piece is the work of Okyo during his later part of life between the period of 1750 to 1795. This great piece of artwork was created by Okyo by utilizing paper, silk, and watercolors. Both of the painting, the ‘Two Panel Screen’ and ‘Hanging Scroll’ though share the same base as both are drawn on the topic of nature and its beauty, but they greatly differ in their effect and perception after view.

The piece of art of Kano is based on the outside environment of nature. Sokuyo has utilized efficiently both dark, thick lines as well as softer black lines in the river. It is done to make the viewer feel that water is flowing into the river. Increased care is also taken by the painter to show the fact that there is the definite connection between egrets and their surrounding environment. This purpose is achieved by the artist by drawing short, thin black lines spread in the water of the river and curving around one of the legs of one egret. This stroke is explicitly done to represent the ripple effect of water which would happen if any egret would stand in the flowing river water.

However, on the other side, not much effort is put on the outside and surrounding environment by Maruyama Okyo as compared to Sokuyo. The only work done on the outside environment in the painting of Okyo is that the artist had drawn some dark dots or spots of flora to make the viewer perceive that the picture of the pheasants was taken when they were eating. However, there are light shadows drawn near the feet of the rooster pheasant and near the neck region of the female pheasant. There is gradual darkness in the center of both shadowing areas that was achieved by making soft and partially hard strokes that have smooth and light edges with dark centers. Though Maruyama had not put much effort on working and connection of subjects of the painting with the outside environment he has placed increased energy on highlighting the main subjects of the artwork.

The primary focus of Maruyama is to put great effort on the image of two beautiful pheasants in such a way that when a viewer throws a look on the painting, the attention is not placed on the surrounding environment but two beautiful pheasants. For example, if noted then there can be noted some notches in the tail feather of the female pheasant. These notches can be noticed in the real birds as well as they are the result of folding, itching or tearing of the feathers. The whole image of the pheasants is drawn by distinctly keeping the image of a real pheasant’s appearance in mind. Like the legs of the pheasants are pulled by discrete black lines presenting the actual thin leg appearance of pheasants.

Kayo, on the other hand, has not focused the image of the main subjects as much as the background of the painting. Kano has left many places where more focus and attention could have been drawn. Like in the leaves of the tree only four to five lines are drawn on the surface of the leaves that could have been made look more real by adding a few more strokes. Kano used very accurate details and knows that which colors are important and which ones should be used in the painting. He considered a light color pattern and applied light colors in his painting throughout his piece. He used a dark green shade in the pattern of leaves and combines it with the bright white specks. The result is clear that the green color stand out more to the painting. In the pattern of fallen tree, Kano used brown color for the background of the painting, but that does not hold the attention of the viewer away from the presence of egrets in the piece.

For the foot color of egret, Kano used the pattern of lime green color but the usage of this pattern is so unique that the background environment of the painting does not impacted. Kano also used an orange color to show the flowers in the side of the stream. He used an accurate measure to choose the color pattern of painting so it makes him able to use few colors in it. That is why the painting is depicting a great natural artwork. Kano also added the pattern of gold leaf in the painting and it is used to attract the attention of the viewers. In contrast, the color of pattern of Maruyama is different from Kano and he used duller colors in his piece of art. Maruyama’s piece is portraying that the darker colors are not suitable with it and so the choice of painter was right enough to add beauty factor in the painting. The male pheasant is based on dark green color with the addition of two lighter shades, and these are attracting the attention of the viewers towards the color of neck of pheasant. The features of the pheasant are green, and the side border is designed with light green color. The color shifted into the golden yellow pattern of feathers and that is the mixture of two colors brilliantly added in the pattern of feathers. The usage of colors by Maruyama is showing that the painter was more focused towards the physical essence and the structure of pheasant.

During the era of 18h century, Asian Artists were the ones who focused more on their pieces of artwork regarding their color pattern and painters added more natural aspects in their paintings. Nature’s beauty was captured by two popular artists named Kano Sokuyo and Maruyama Okyo. Kano created his piece named Two Panel Screen that is based on the artistic pattern of nature. Maruyama created his piece named Hanging Scroll that portrays the beauty of two pheasants while they were eating. The background of Kano is more detailed whereas the background of Maruyama is simple. The background of Kano includes the depiction of trees and a stream. Both paintings are based on different patterns and different styles of the artists but the addition of natural beauty and nature depiction is same in the both pieces. 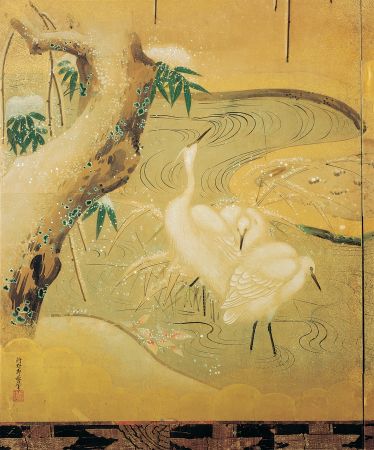 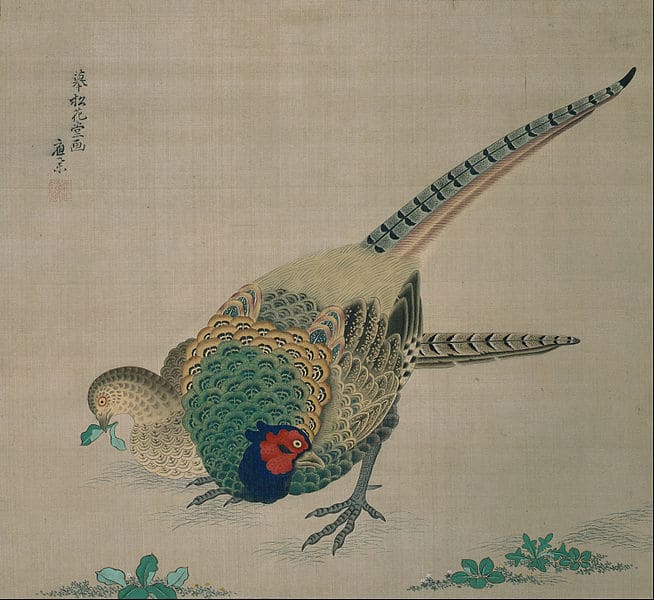 As Nature Made Him

You are the executive director of a metro nonprofit that provides job training to formerly incarcerated women. You’ve just received a phone call from your board chair alerting you that she has learned of a startup nonprofit with a mission so similar to your organization’s as to be confusing in the public eye. That and their name is derivative of your organization’s name. What will you do, if anything, and why?