Recently a group of students visited the museum for learning and recreational purpose. I have really enjoyed the trip and collected a lot of information about various artists and their work displayed on walls. I have selected three paintings for a detailed review. I have learned to paint emotions and creatively present various ideas. I also admire the selection of appropriate colors by various painters who have used them to enhance their work’s meanings. The visit has enhanced my painting and creative skills and abilities, which would go a long way in making me a good art creator.

1. Lamentation over the Dead Crist by Rembrandt van Rijn

The “Circle of Rembrandt” is a famous work of art by Dutch artist Rembrandt van Rijn (1606–1669). He was considered the greatest artist of the country’s “Golden Age” (Liedtke). He started his work in his native Leiden; however, from 1632 onward, he settled in Amsterdam, where he had spent some time in studies (Liedtke). Rijn never left Holland; still, he was able to study the work done in other countries. He was a keen observer; therefore, even by Dutch standards, his obsession with direct observation was extraordinary and continued throughout his life, which greatly influenced his paintings (Liedtke). Rijn is a great teacher. His many pupils included Govert Flinck, Gerrit Dou, Nicolaes Maes, Ferdinand Bol, and Carel Fabritius (Liedtke). In this picture, I have learned to portray the death of Crist in a very specific manner with oil. The scene is very emotional as per my experience as Mary, and other family members and friends are weeping at his sad demise. This work has great attraction for religious art lovers; moreover, I think it can help teach children and youngsters some aspects of the religious history of Christianity. The black color in the background depicts the sadness of the departure of a loved one. The facial emotions of the people present depict the plight of the occasion. It seems from the painting that they are trying to wake him up and are not ready to accept the fact that they have lost him. 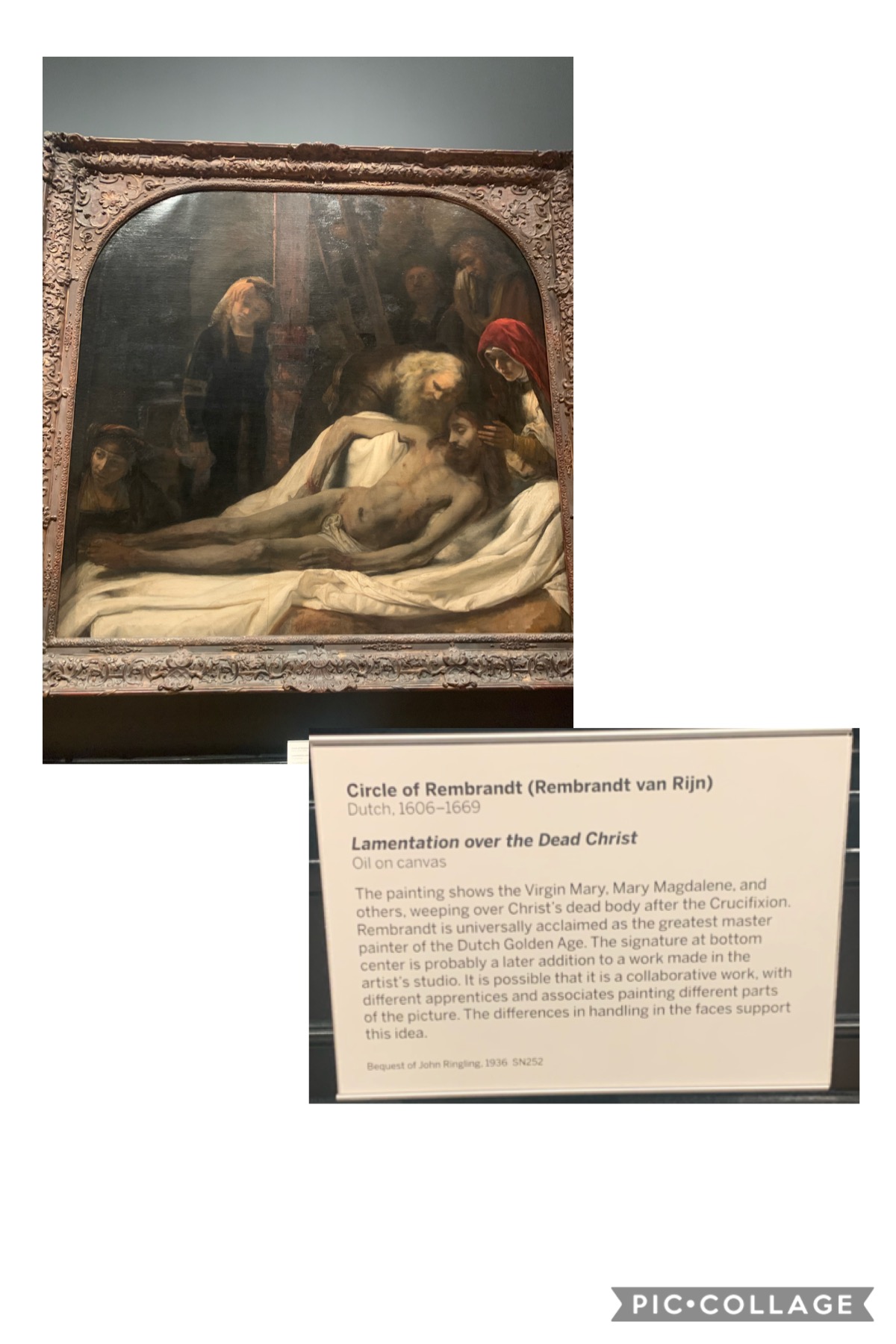 The “summer” is a work of art by Giuseppe Arcimboldo (1526 – 1593). He was a famous Italian artist who has portrayed a man whose face is made up of various summer fruits (Summer by Arcimboldo). Starting in 1562, in Vienna and Prague, Arcimboldo was an imperial court painter. Besides his work paintings, he was applauded for his achievements as a decorator and director of wedding celebrations and courtly tournaments (Summer – Giuseppe Arcimboldo). This beautiful painting was created in 1563 with oil on wood (Summer by Arcimboldo; Summer – Giuseppe Arcimboldo). He has creatively used his mind to depict the warmth of the season through edible items of summer. He has used corn for ears (Summer · Arcimboldo’s Gift). He has created all the facial organs, including eyes, nose, ears, lips, and chin, with fruits, vegetables, and their leaves. Moreover, the hairs are also made up of similar items, which enhance the painting’s meaning. The neck of the man is similar to a flower pot, and its color is selected wisely. I have learned creativity from this as I have seen only a few pictures like this. To me, the scene is a depiction of the imagination of the painter who has painted other seasons in this style, which was widely appreciated by art lovers. I admire the dark background of the painting, which magnifies the impact of the picture. In my view, every component and color of the painting works perfectly to depict the meaning the creator wants. 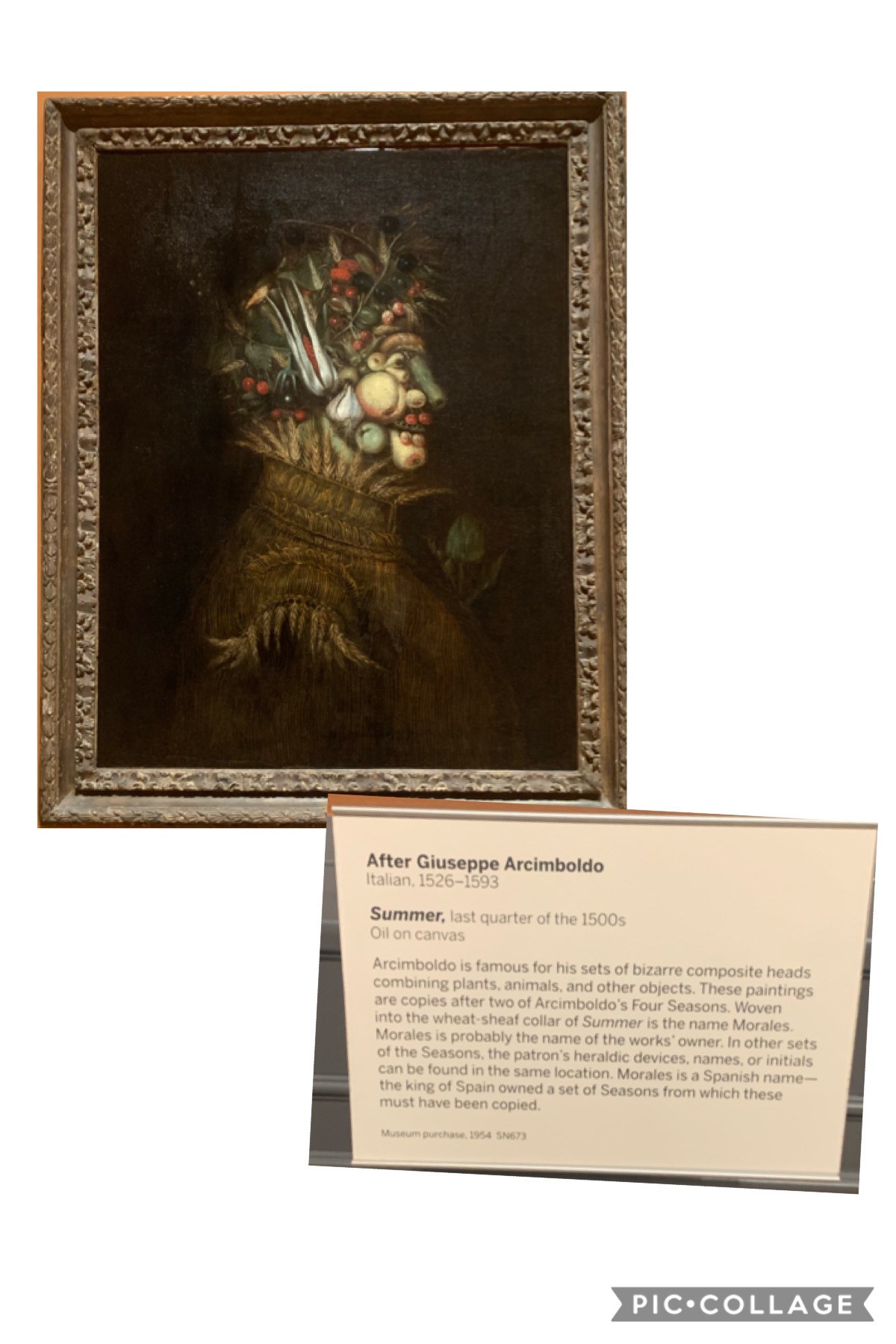 The “Still Life with Dead Game” is a work of art by Frans Snyders (Flemish) (1579 – 1657), a famous portrait artist. He has collaborated with Rubens and others to create art (Still life with the dead game). He also painted many kitchen items, which mostly contained moralistic and erotic items and messages (Still life with the dead game). The paintings of animals and birds were the artist (Still life with the dead game). I have learned to portray with oil some birds and animals used for eating. The scene is a depiction of wealth. To me, this work has great attraction for food lovers as he has drawn a variety of birds used for cooking. Most in the picture, I like the inclusion of a large-size dead swan, which enhances the work’s meaning, and depicts plenty of wealth. It seems that there are so many items of the food that space has ended. The background color has been selected wisely to enhance the impact of the image 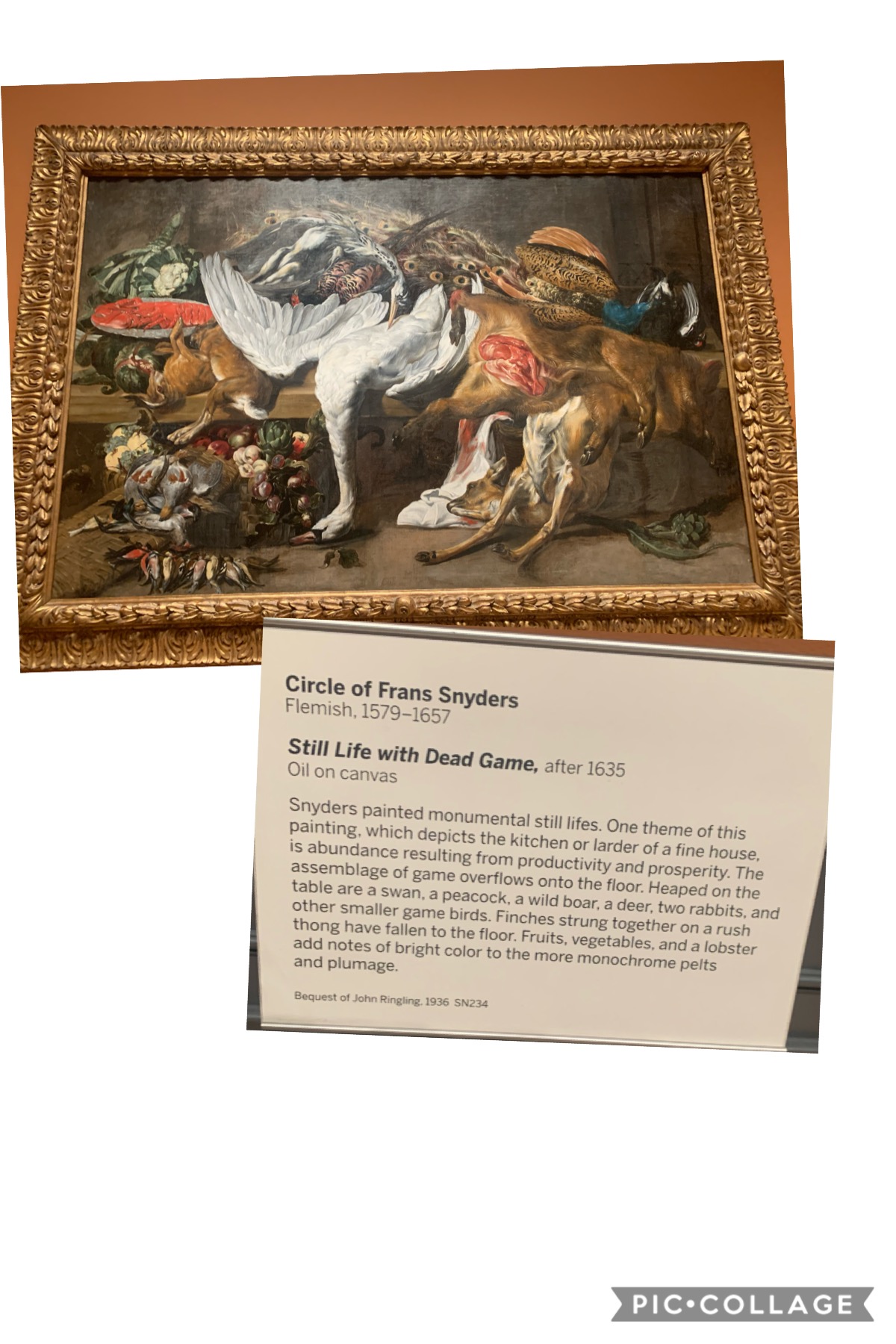 The visit to the museum and other places that depict art might be indeed beneficial for students and learners. Through such endeavors, pupils can view the practical application of theories and lessons taught at schools, colleges, and universities. I really loved the visit to the museum with my friends and class fellows. I have admired a variety of pictures in the museum; however, I have selected three of them to discuss in detail. The first is Lamentation over the Dead Crist by Rijn, who has depicted the scene of Crist’s death impressively through the use of dark background, which equates to sadness. I learned to paint emotions through it. The second painting is Summer by Arcimboldo, who has used his profound creativity to paint fruits, vegetables, and leaves to depict the summer season in an impressive manner. I learned creativity from it. The last painting is Still Life with Dead Game by Flemish, who has painted various birds and animals used for cooking to show plenty of wealth. I learned to portray wealth from it. Art lovers love all three paintings.

Should the Minimum Drinking Age Be Lowered?

Abortion law and US politics