The overall trend in demand has been positive overall. Proof of this can be seen in Figure 1 in the appendix section which has the financial highlights of Starbucks. As you’ll observe from Starbucks net revenue, you’ll notice that Starbucks had a growth of $1.1 Billion in 2017 (22.4 – 21.3) according to the accepted accounting principles which about a 5.2% increase (Starbucks, 2017). This shows a favorable position for Starbucks as it has observed a continuous growth in net revenue over the past four years as you’ll observe from the figure. The growth of Starbucks is not a bad thing in the coffee beverage industry as there are still a high number of substitutes for it; furthermore, the coffee industry benefits from it as well thus it’s more positive than negative impact. The same can’t be said about increasing prices though. Starbucks consumer’s buying habits stay the same even if the price is slightly increased. The growth in sales is due to some key factors, but most of it can be attributed to Starbucks expansion plans in the Asia Pacific regions as well as the launch of reserve stores in some high growth markets (Trefis Team, 2016). Other key things that contributed towards the growth in revenue are the innovative food options. More and more, people are trending towards healthier and fresher eating options. Starbucks has recognized this trend and in turn has introduced healthier and innovative food options (Trefis Team, 2016). Also, Starbucks is investing into Teavana which has contributed one percentage point in comparable sales growth for seven consecutive quarters. This is a risky but calculated move by Starbucks as it is hoping that the popularity of Teavana will follow it from America to China which is one of the largest tea consuming countries in the world and will give the brand a boost (Trefis Team, 2016).

It’s a well-known fact that Starbucks has never lowered the prices of its beverages; however, even if there is a slight increase in price, people are still not deterred from buying it. According to the Guardian, when they questioned a patron regarding the increase in price for Starbucks beverage, the patron laughed and said “A few cents extra doesn’t bother me,” Most of Starbucks’s customers don’t even pay any attention the prices at all (Puglise, 2016). Thus it can be observed that the customer responsiveness to the change in price was little to nothing indicating that Starbucks has an inelastic demand supply. Starbucks takes advantages of this and doesn’t decrease the prices at all but in fact raises prices while the price of coffee beans falls which is one of the main ingredients in almost all of its products (Sommer, 2015). Furthermore, Starbucks is not in the business to sell a commodity but rather to sell an experience. The company’s brand image has allowed it to raise prices without anyone batting an eye and Starbucks knows this and takes advantage of it to create more revenue for themselves (Sommer, 2015). Another thing, Starbucks is known to do is that it pre-agrees the prices of coffee with its suppliers before the following year. In the current case where the price of coffee dropped unexpectedly, Starbucks likely suffered and had to pay more as it probably already locked in the price of coffee with its suppliers and thus had to pay more. However, coffee only accounts for 10% of Starbucks expenses as they have to pay more for the premium coffee experience they are providing regarding location, benefits to its employees as well as distribution and marketing (Sommer, 2015).

Starbucks is a multinational coffee company and coffeehouse chain with branches all over the world. Being a coffee company, obviously, Starbucks main cost is its coffee beans. The two most commonly consumed coffee beans in the whole world are Arabica and Robusta which Starbucks imports from various continents to ensure that supply keeps up with the demand. Arabica is less strong in flavor when compared to Robusta due to which it is more commonly and almost more commonly used in Starbucks as it more easily blends in with the various flavors or beverages that are made by Starbucks (Krikorian, 2014).

Furthermore, Starbucks huge size allows it to take advantage of economies of scale. The cost structure is pretty straightforward for Starbucks as it is similar to those typical of high-end fast-casual restaurants. Starbucks has recently started buying back its shares to pay increased dividends to investors as well as use it to fund international expansion attempts. Furthermore, Starbucks operating costs have been declining (please refer to Figure 1). The cost of goods sold has slowly been declining as well thanks to a decrease in the price of coffee beans while the price of the products remains the same. Store operating expenses and depreciation costs have been decreasing in general thanks to business growth and efficient cost management. Starbucks further acknowledges the fact that price volatility for its ingredients is a big factor which contributes to costs which is why Starbucks has a derivative contract to reduce commodity price risks. These contracts are typically there for five years; however, it is important to remember that if the price of any of the ingredients which are mainly sugar, milk and coffee falls, it’ll put Starbucks at a loss as they’ll be paying more when compared to the market price as they had already fixed a price with their suppliers (Krikorian, 2014) (Sommer, 2015).

Looking at Figure 2 which has figures from 2016, you can see that that Starbucks holds the majority of the market while Dunkin Donuts comes in 2nd at 21.9%. The rest of the coffee chains are negligible and are thus not listed separately but as a singular unit which amounts up to 38.3% (Statista, 2018). With that data alone we can see that Starbucks is the leader in the market and if you combine Dunkin Donuts and Starbucks, the combined percentage makes up for more than 50% of the total market. Referring back to Figure 1, you can see that Starbucks has been experiencing a growth in profit for the past four years. Furthermore, Starbucks operating income has also gone up which means that its day-to-day expenses have gone down, this tells us that Starbucks is performing profitably. Other competitors are going to have a hard time entering the market regardless of whether they come up with something new or not, the reason over here is quite simple. Starbucks international exposure works in favor of them, and people would prefer to buy from a brand that has a good reputation than one that is not yet known. Furthermore, due to economies of Scale, Starbucks could just lower their prices during the initial phases the new business starts operating and then increase them again once the other business closes down due to lack of business as they won’t be able to compete in the same way. Being a large corporation, Starbucks can influence the market to a certain extent. By driving up their prices up to a reasonable amount, Starbucks can influence the market and still make a profit due to an inelastic demand supply. Furthermore, it can also make other businesses fail by reducing the price of its products to get people to buy them more and ultimately stop buying them from their competitors who can’t compete due to the lack of capital as well as their small size.

In my opinion, Starbucks is performing quite profitably, and there isn’t much to do as they are already doing all the necessary things that they should be doing. Operating costs have been slowly going down, and profits are increasing as well. If anything needs to be said, it’s the fact that Starbucks has done a well-enough job on their own.

However, I would further recommend Starbucks to focus on the Asian markets more especially China. Being an enormous emerging market that is slowly allowing big businesses to open up shop in their country, Starbucks is doing well to gain a foothold, although more could be done by focusing more of their capital and resources in that region. Furthermore, Starbucks acquisition of Teavana was a very good move from their side as they correctly recognized the fact that the Asian regions prefer tea over coffee. All Starbucks needs to do now is to ensure that they keep pumping their subsidiary company with cash and capital as there is already other competition that exists in these markets such as chatime and tealive.

To further sustain their success, Starbucks needs to take advantages of the economies of scale they possess to create an advantage for themselves. Although this could be considered unethical, our job is to consider a way in which we can sustain our profits and further having an inelastic demand curve helps as the unethical practice will probably not affect buying power but could result in a monopoly in which a government could intervene. All in all, Starbucks is doing well but can do SLIGHTLY better by focusing on these things while being patient at the same time. 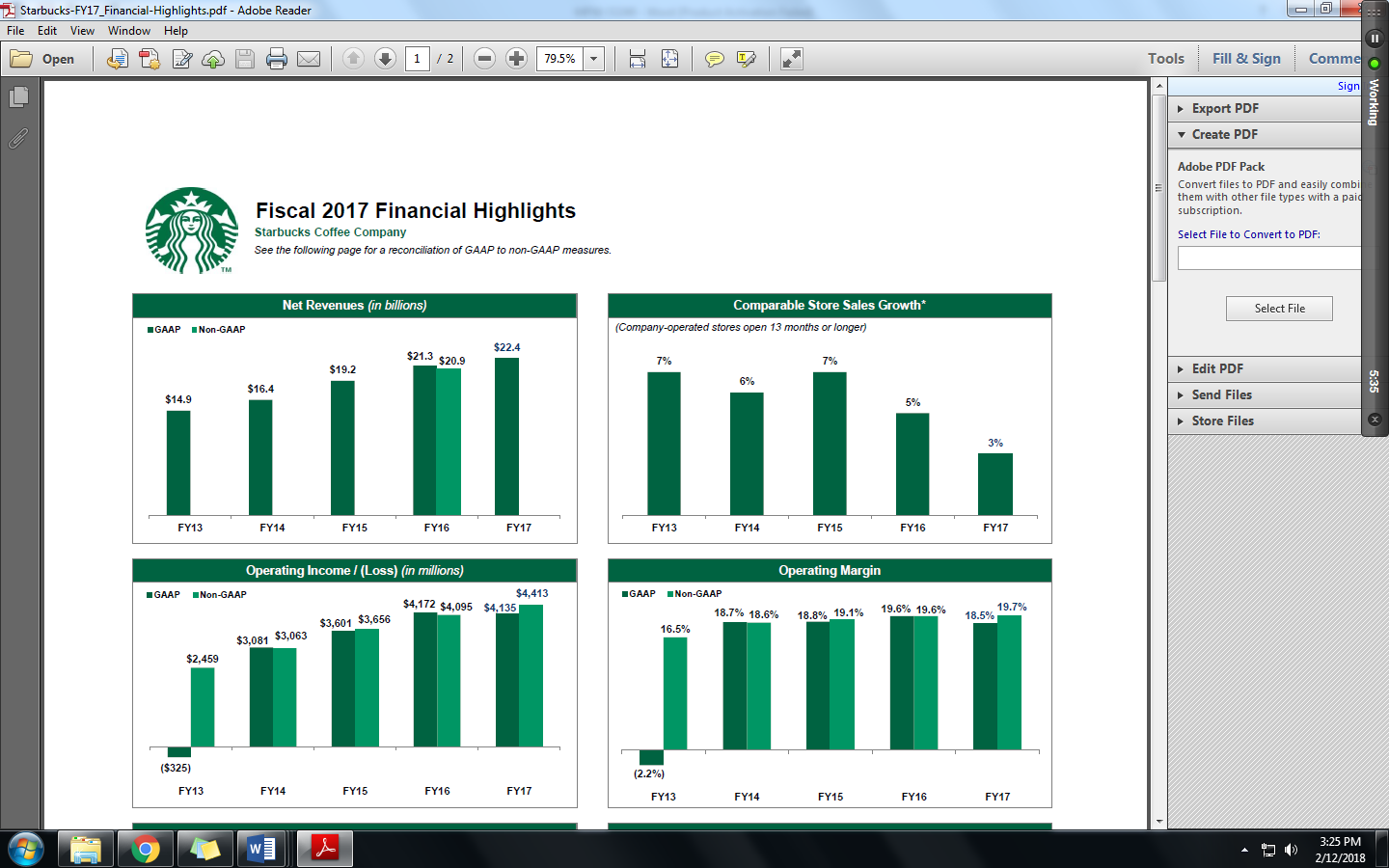 Figure 2: Market share of the leading coffee chains in the United States in 2016

Puglise, N. (2016, July 13). Prices went up at Starbucks. Did customers even notice? Retrieved from The Guardian: https://www.theguardian.com/business/2016/jul/13/starbucks-customers-coffee-prices-go-up

Sommer, J. (2015, August 15). Why Starbucks Prices Went Up as Coffee Beans Got Cheape. Retrieved from The New York Times: https://www.nytimes.com/2015/08/16/your-money/why-starbucks-prices-went-up-as-coffee-beans-got-cheaper.html

Statista. (2018). Market share of the leading coffee chains in the United States in 2016. Retrieved from Statista: https://www.statista.com/statistics/250166/market-share-of-major-us-coffee-shops/