PCR is a common and important technique that is used in the biological and medical research laboratories in different fields of biology. These applications include DNA cloning for sequencing, genes functional analysis, genetic fingerprints identification and diagnosis of genetic disorders. It utilities DNA polymerase enzyme that helps in the production of DNA from deoxynucleotide substrates. DNA polymerase enlarges the 3rd end of an oligonucleotide by adding nucleotides. Therefore, “if a synthetic oligonucleotide is annealed to a single-stranded template that contains a region complementary to the oligonucleotide.” The oligonucleotide is used as a primer by the DNA polymerase. It will enlarge its 3rd end to produce protracted area of DNA.

There are three general steps of PCR that include Denaturation, Annealing and Extensions. In Denaturation, the template of DNA is heated up to 95 degree Celsius. The heat will break the hydrogen bonds between the two helices. It will make the double strands to get separated and eventually lead to single-stranded DNA. The second step is annealing in which mixture is cooled at a temperature between 50 and 70 degree Celsius. It would permit the primers to anneal or bind to the “complementary sequence” in the template Deoxyribonucleic acid (DNA). In the last stage that is an extension, the reaction will be heated to 73 Celsius temperature. It is considered as the best temperature on which DNA polymerase can act. DNA polymerase will add nucleotides on to the primers in the sequence and extends the primers. It uses target DNA as a template. With the help of one cycle, two separate pieces of Deoxyribonucleic acid are amplified from a single DNA template. Two new pieces of DNA are then amplified for the upcoming cycle. More and more copies of DNA are produced by repeating the cycles (Saiki et al., 2008). 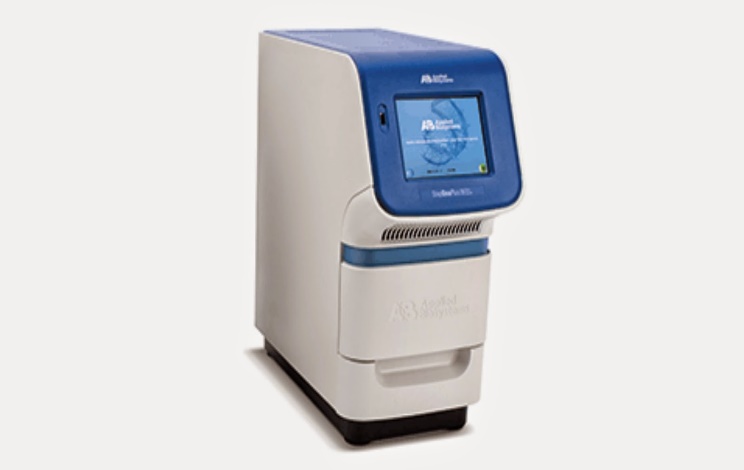 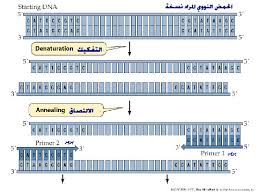 The polymerase chain reaction was conceived by Dr Kary Mullis in the early 80’s. In 1980, almost all factors were discovered that are necessary for the PCR. Within next two years, a group of scientist who identified the effects of polymerase chain reaction on refined, research and molecular biology made this process a reality. Mullis developed the idea to identify the point mutations by using DNA polymerase with the help of ddNTPs and primer. He gave the idea that through two primers and performing cycles that comprised of three stages, one can get different copies of DNA.

How it evolved over time

Thermal cycler and Taq polymerase played an important role to make the PCR a great technology. In 1986, scientists used the Thermus aquaticus to isolate the Taq polymerase. It is a bacteria which is present in hot springs. Taq can bear high temperature that decreased the human input in the process. It also decreased the time of the process. In 1987, a US-based company invented the thermal cycler. It played a significant role in regulating the temperature of a reaction. This advancement also reduces the human effort that made this process efficient, elegant and streamlined. In 1993, a noble price in chemistry was given to PCR (Prodromou, & Pearl, 2012).

How It Helped Biological Field

It is utilised to investigate various samples for the presence of microorganisms such as anthrax, malaria, hepatitis and HIV. Moreover, in the evolutionary biology, PCR is utilised to recognise and describe relationships among different species. It is also considered very helpful in understanding the patterns of ancient human migration in the field of anthropology. Also, palaeontologists also use this technique to intensify DNA from cryopreserved fossils or extinct species of a large number of years, which help in the further study of these species.

PCR plays an important role in the amplification of small pieces of DNA. The efficiency of this process will be decreased if the region that wanted to be amplified is little larger. Therefore, it is necessary to make improvements by settling the PCR variables like a PH of the buffers and chemical reagents to get successful copies of bigger fragments of the DNA. It is also necessary to enhance the speed of thermal cyclers to make the process done quickly. Although, it is a very useful process but very slow to be utilised in the clinical settings.

What were the main events of Genghis Khan’s life and how did he conquer the Mongol Empire and World?

Analyze, Evaluate and Observe the Entropy and Enthalpy of Vaporization of 1-butanol in Response to Changes in Temperature and Pressure

The red color of the hairs is very rare in the whole world. About one to two percent of the people in the world have the red-haired. Human skin and hair follicles contain some specific cells in the body that …