Jefferson was a remarkably talented person and his major contribution as a politician, writer, diplomat, statesman, philosopher and scientist made him a prominent figure among the Founding Fathers. He combined philosophical principles with his political views with logical efficiency. His central political belief was “absolute acquiescence in the decisions of the majority”. He believed that the course of the republic was determined by the will of the people through elections.

In 1798, Sedition Act was passed, which allowed the House to punish anyone who published false, scandalous, or malicious writing against the government by either imprisoning, deporting or fining them. This act crippled the Republic press as the Federalists holding the House targeted the prominent Republic editors. Thomas Jefferson understood that if the paper fell then the republicans will have a hard time winning power in the House. It felt like his fear will become true as the Federalist indicted fourteen Republican editors. To stop the fall of republican interest, Jefferson along with the Republican press loosely coordinated a challenge against the Federalists using constitutional arguments. They placed allegations on the opposing party of administrative corruption. This provoked the Federalists to prosecute the editors who used this opportunity to expose the Federalists’ abuse of power. This was all done to gather public favor for the republican party and it worked as in 1800, Thomas Jefferson was elected president and a thirty year long republic government rule started (Hopson). This tactic that he used to win the election against the opposing government may have taken things a little too far (Ferling). 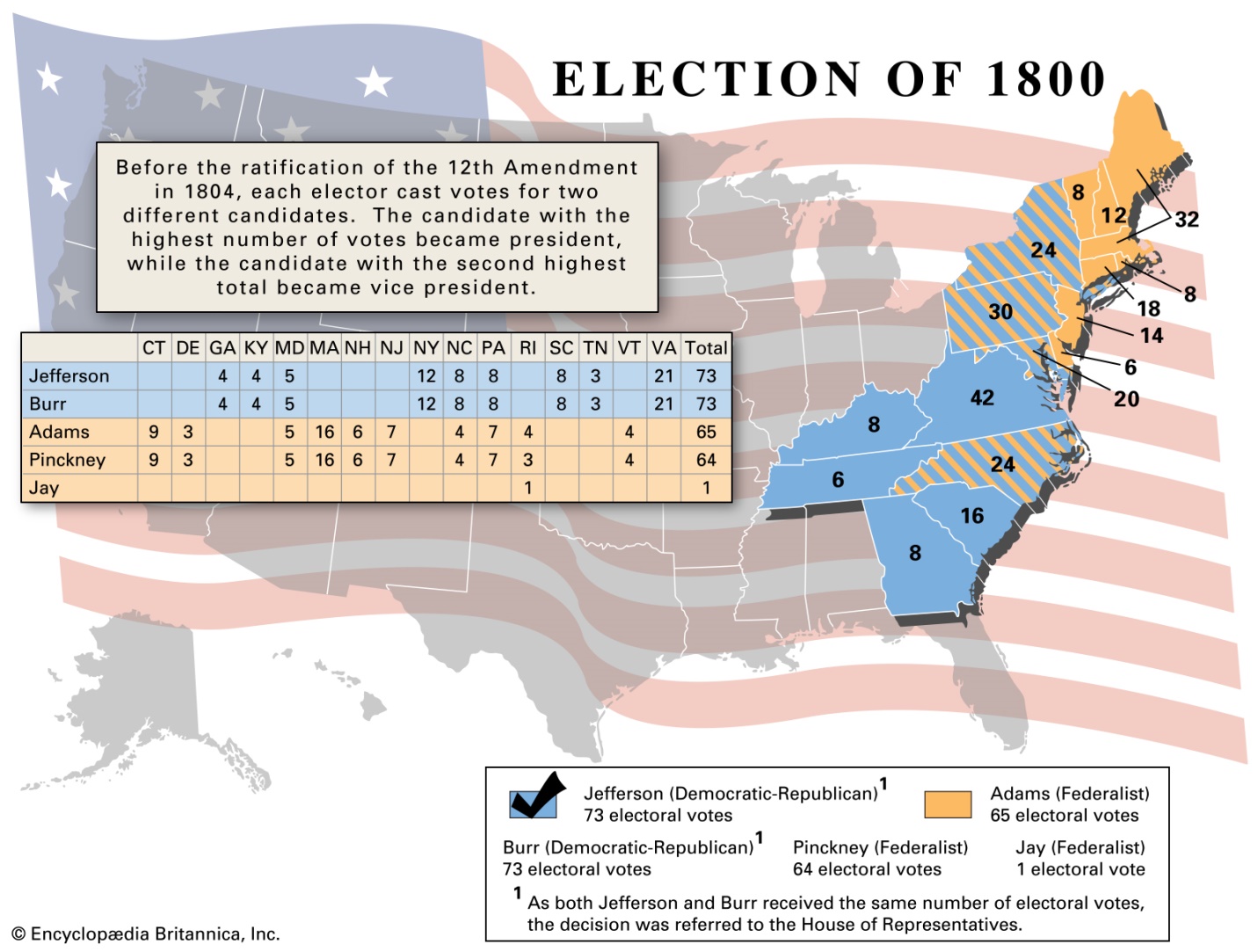 After he assumed control of the office as the president, he reduced the size of the central government, navy and army as he believed that the government should be frugal and simple. He removed all influences of European royalty from the government. He also put an end to the internal taxation system. He reduced government spending, national debts and taxes. He also repealed the Sedition Act and Alien Act. He defined the concept of American democracy clearly, through his experience of Federalist repression. His beliefs in a traditional life helped in recognizing the farmers as the backbone of the American economy and his scientific side allowed him to see the significance of technological advancement. So he showed his support for international commerce and new technologies so that the farmers would be more productive. He kept the state bank from the Federalist policies. His decision for a frugal government improved the economic stability of the country. The most significant accomplishment was the purchase of Louisiana from France. Later he bought all the land from the Mississippi River to the Rocky Mountains in 1803. This doubled the size of the state. He put an end to Tripoli pirate attacks that disrupted the American ships in the Mediterranean. However; both the purchase of land and attacks against the pirates were against the values of the republic party and these acts were not sanctioned by the Constitution but as they stabilized the economy they were seen as wins. These well-thought-out actions led him to be re-elected as a president for the second time and his second term ended in 1809. After the inauguration of his successor James Madison, he left and returned to his home in Virginia where he established the first secular learning institute, the University of Virginia in 1825. In all his political years, Jefferson did not feel as accomplished or proud as he did when on the day when the university opened. He sold his library to the national government and it served as the foundation for the Library of Congress (Peterson).

Why Birth Control Should Be Free & Accessible To Everyone

Why the Rich are Getting Richer and Poor, Poorer

Give examples of products and/or services that you use which have been directly or indirectly produced in a country other than the one in which you reside. How can one relate this to Reich’s discussion at the beginning of his …

Q#1: Why does Takaki use the term “a Different Mirror”? Racism and ethnicity adorned with multidimensional discrimination are deep-rooted problems of the modern world. The said issue has struck the enormous chunks of the United States population and raised the …

A Christmas Carol: Comparative Analysis of the Book and the Movie