Computer codes that are also known as program codes are an organized set of commands creating a computer program which is accomplished through a computer. Comprehending computer sciences and its relevant aspects are becoming imperative in today’s rapidly growing world of technological advancement. Therefore, the skills to code and recognize the significance of computing and coding are extremely crucial for the students of almost every level to compete in the hyper-connected era. Computer coding is used in the classroom to implicate analytical reasoning and problem-solving as well as other exciting activities including game creation. 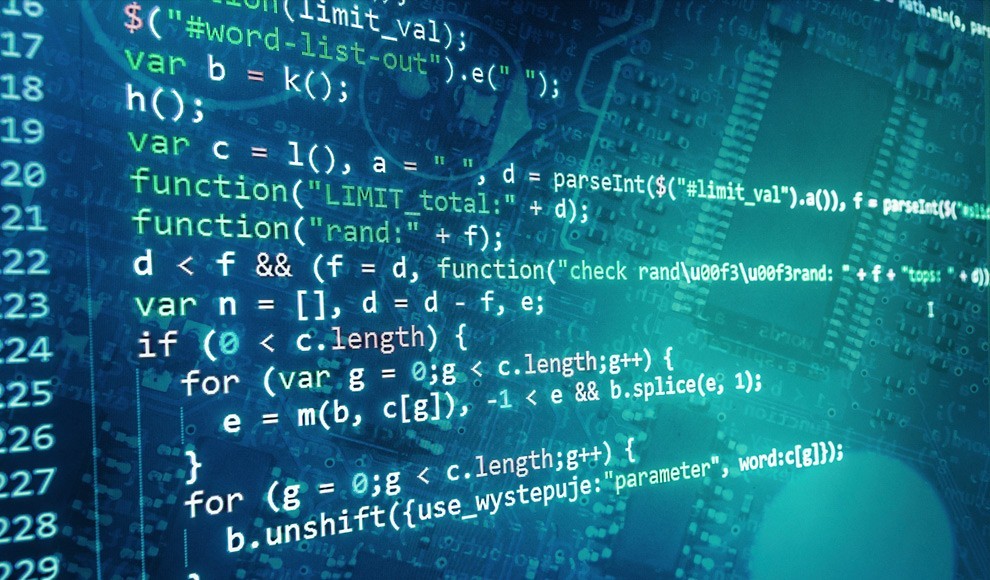 Computer programming is laden with marvels; however, for the beginners, it is essential to get their hands on to Html/CSS programming that allows them to develop web pages and allow them a world of customizing their web page’s font colors, size, appearance, and themes. Through Html/CSS coding students can also embed different links on their self-created web pages. Basically, HTML is known as a markup language that surrounds the content of a web page and instructs browser regarding lists, headings, subheadings, and tables etc. on the other hand, CSS works as a style-sheet language that assists the users to style the page by altering colors, fonts, font size and layout etc. Java and C++ languages are advanced computer coding programs and are used to develop applications for android or iOS smartphones.

Along with webpage designing; game creation is an exciting and most interesting reward for learning computer coding. There are several advanced software and programming tools that allow users to develop computer games but for beginners, Scratch is an easy and specifically developed program. Video games have emerged as a substantial influence on the advanced and modern industry of entertainment. Computer-based games facilitate almost every sort and group of players with one-player shooting games to role-playing story-based games. Through varieties of concepts and designs; game developers invigorate stories into games and sometimes it becomes all about just reducing the armies to get maximum points. In advanced level games; writers, sound effect designers, game design developers and artists incorporate their efforts and expertise to create a masterpiece; nevertheless, at the beginner’s level, it can be executed as a one-man-show.

Problems are an integral part of every human’s life and can be occurred anytime anywhere either internally or externally. Such problems vary on their level of complexity and magnitude and therefore some of them are simple and small, meanwhile, other might be huge and complicated. Phenomenally, problem-solving is a task to be dealt on regular basis and people use either computers or personal intuitive skills to solve them. A computer can be defined as a device that is designed to receive instructions and commands to execute different tasks including logical and arithmetical operation in an automatic manner. The subject capacity of computer machines to follow the sets of generalized operations is referred as programs and allows computers to carry out an immensely wide array of multiple tasks. A computer is designed to perform four basic functions that are:

No one can deny the efficacy of computers when it comes to problem-solving and conducting analytical processing. People use computers to solve several problems on a day-to-day basis. Through computers it is convenient to calculate Time Value of Money, to prepare financial statements, making substantial decisions by analyzing computer-based charts and graphs. The list of problems a computer solves is endless. The computer follows a certain chain of commands and stages to solve a problem. The first phase is analyzing the problem, and then the development of an interconnected algorithm that further leads to the development of flowchart. Coding, execution, and compilation come after the creation of flowchart and then come the stages of testing and debugging and documentation of solution.

Give examples of problems – discuss whether problem examples are better solved by humans or computers.

Evidently, computers process and manipulate an extreme range of information in a faster way as compared to any human. Computers are designed to process the provided data and to perform required calculation and summon up numerous scenarios with the speed of a superhuman. For instance, in a chase game computer are highly skilled to devise countless moves ahead of human and cleverly solve the problems of a chess game than any human chess-master. Moreover, computers are adapted to learn and process swiftly and skim through most optimal choices from complicated ones. Of course, humans are smart too, but computers are superb when it comes to managing various kinds of puzzles. 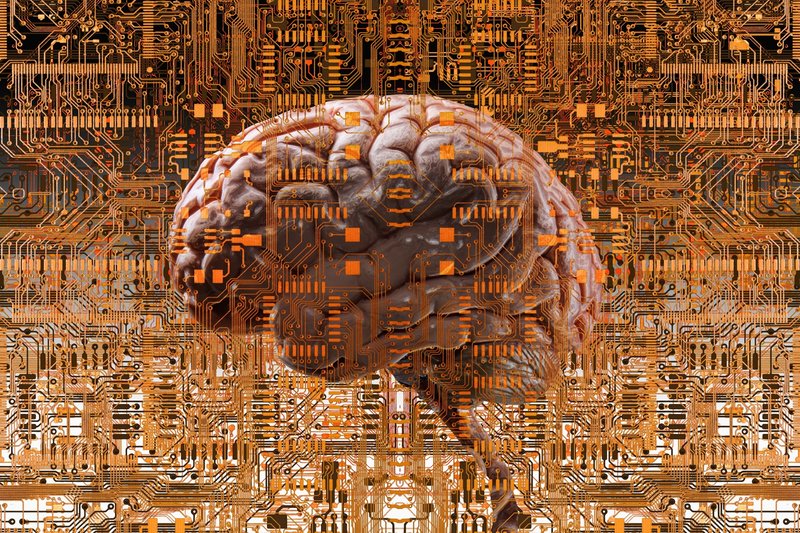 Nevertheless, there are almost three areas where humans excel computers; at least for the time being. The first one is the implication of common sense for solving innovative and unique problems. As compared to humans computers cannot deal with unknown and new situations as they are not programmed to find unidentified parallels and therefore cannot tackle unfamiliar. Humans’ ability to manage new problems is acknowledged as common-sense reasoning, and as the matter of fact, common-sense is not very common in computers. Such sort of problem-solving occurs mostly in the medical field.

Artificial intelligence has captivated the modern world of humanity; from Siri to automated cars; AI-based computer programming assisting humans and making their lives easier. However, feelings and emotions are not comprehensible for computers and any AI program and therefore arts and writing that touch the emotional edges of audiences is not possible for a computer. Similarly, in the times of misery, a robot cannot comfort a human’s emotions and vice versa. Furthermore, all artificial intelligence programs are able to develop eye-catching illusions and can imitate the style of a renowned painting but in any case, computers cannot make a fabulous and authentic work of art all by itself. For this reason, art and craft is a unique human dexterity at least for now. Regardless of all other factors, computers are indispensable to survive in today’s world, and absence of computers and AI technologies can somehow paralyze the operations of human lives.

Problem-solving with puzzles and games

Learning through puzzle-based exploration of critical thinking and problem-solving is instinctively fun. The underlying objective of puzzle-based creative learning is to establish a foundation for students to become effective problem-solvers in the real world as well. The ubiquity of computer makes algorithms and critical thinking an imperative skill for almost everyone. Computer-based or algorithmic puzzle involve explicitly defined procedures for problem-solving and offer an effectual tool to provide students with the preamble to significant concepts and techniques of algorithmic problem-solving. Puzzles encourage users to think in a more abstractive way and expand the scope of computer programming and computer language. In addition, puzzles develop innovation and creativity among users and cater their problem-solving abilities. And puzzles and different word games evoke to exert more conscious efforts into solving them and give better-engaging outcomes than any other exercise. 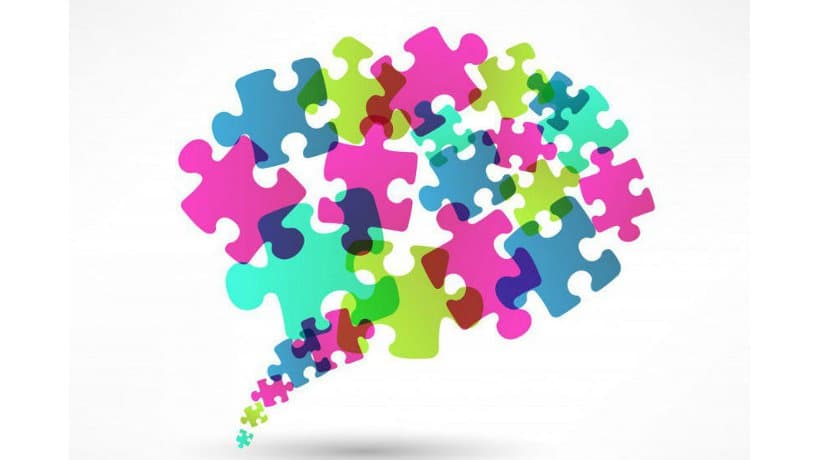 Different computer programming software including Scratch provides a trouble-free way to create a wide variety of mathematics and word games. Such coding is tremendously uncomplicated and even a fourth-grade student can execute it. Step-by-step instructions make the task easier and scaffold the procedure for better understanding. A game project features gameplay user interaction and popularizes the word game among computer users. When it comes to word and math games; some of them are original and authentic while others are merely a parody of other popular video games. The most eminent word games at the time are Scrollers, Tycoons, Mazes, Platformers and Pong Games.

Scratch is a programming language that is developed by MIT and offers free programming by accessing its online community. From Scratch, one can create their interactive stories as well as animations and games as Scratch equips its users with multiple interactive options. Creating a character from Scratch is unimaginably unfussy and very convenient even for kids. A character from Scratch is called sprite and to add a new character a user has to click on the provided buttons.

Moreover, a user can choose a sprite from the given library or can draw one of their choices by utilizing draw option. Scratch also features option so the user either could upload a photo or take one through webcam or can use that as a sprite. These sprites or characters can be used to create personalized and customized story-telling as well as developing word or math games. One can drag the character anywhere on the stage and can maneuver them through animation controls.

Examining the Role of Construction Documentation in Managing the Projects

Physiology of Lower Back Pain

Mechanical Engineering as a Career Option

Introduction: In today’s mechanising, ever-developing world, Mechanical Engineering is the kind of profession that will always be in demand. Simply put, Mechanical engineering is an amalgamation of Physics, Engineering and Material Design to build workable machinery (Winsor, Dorothy, 1990). There …

Introduction The recent advancements in the fields of Materials Science and all its sub-fields have revolutionized the world. State-of-the-art technological progressions in all domains of materials including metals, ceramics, and polymers are evident due to the evolution of large-scale, heavy-duty …

The Impact of Technology on Pilot Skills

Abstract Technological advancements have seen a transformation in unusual ways and methods of performing basic and most complex tasks during flight operations. With technology, new and automated systems with the very high degree of accuracy and reliability have been developed …