History of the Culture

China is considered to be the third-largest nation in the world by area. China’s land area occupies 3,691,502 square miles (9,596,960 square kilometers). The contemporary Chinese culture is a combination of old Chinese traditions and the western standard of living. Zhonghua Renmmin Gogheguo or Zhong Guo is the other name used by the Chinese people to refer to their country. Chinese population consists of over 55 minorities of ethnic groups. The Han ethnic group is the only majority in the Chinese population. (10 Interesting Facts to Help You Understand Chinese Culture, n.d.)

The Chinese culture has its roots emerging over 5000 years old. In the Chinese scriptures, the Huaxia tribe initiated the Chinese culture. According to the historical archives and records, the Chinese culture has its roots formed during the Shang dynasty in 1700 BCE. The Shang dynasty was defeated by the Zhou. The Shang and Zohu dynasty are known to be the ancient culture of China. After Zohu came to the rule of the Qin dynasty. The imperial culture began during the reign of the Qin dynasty. During the Qin dynasty, the teachings of Confucius were forbidden. People were motivated to build roads, canals, protective walls, etc. The formation of the great wall finds its roots in the Qin dynasty. The Qin dynasty is known to be the first and the shortest imperial dynasty of Chinese history. The Han dynasty emerged after the Qin era. The Han dynasty is known to be the longest imperial dynasty for beginning the Silk Road trade with Europe and Central Asia making a benchmark for the Chinese society. Furthermore, the Imperial Examination system was introduced. The Imperial Examination system was based on qualification and merit (The History of China, n.d.). The Han dynasty is known to be an important benchmark for the development of Chinese society. Other renowned dynasties of Chinese history include the Sui Dynasty, the Tang Dynasty, The Song Dynasty, The Yuan Dynasty, The Ming Dynasty, and the Qing dynasty. The Republic of China was established after the Qing dynasty. After going through these eras, the Chinese culture got immense development in the field of arts, food, drinks, music, celebrations, and clothing.

The Chinese culture is famous for its arts and scientific innovations. The Chinese people are known for their unique painting, calligraphy, and sculpting techniques. Chinese calligraphy is a part of Chinese traditional art form. The Chinese hand fan, Chinese lantern, carved lacquer, and folding screen are significant for Chinese arts. Chinese are renowned for their ancient association with Kung Fu (martial arts). The most famous sport played in China is table tennis (ping pong). The Chinese writers, philosophers, and poets are given immense respect and acknowledgment for preserving the Chinese culture. The Tang dynasty is known to be the golden era for the development of Chinese poetry. The major Chinese philosophies include Ruism, Legalism, and Taoism. After the establishment of the Republic of China, modern Chinese literature immensely focused on promoting national strength and unity.

The early period of China includes the close association of dance and music. Traditional Chinese music is known as “Yayue”. “Qin” was a musical instrument used in ancient Chinese culture especially in the Han dynasty. Other musical instruments are Guzheng, Xiao, Pipa, Sheng, and many more for composing music.

The clothing styles and fashion trends of imperial Chinese culture were based on different social classes. The clothes of the elite class were strictly made from pure silk. The dressing style of a person reflected his social class and status. Dragon embroidery on clothes and bright yellow color was only worn by the emperors. In ancient Chinese culture, civil servants and officials had specific uniforms according to their ranks. However, modern Chinese culture has innovative trends. The traditional wedding costume is mainly red because the red color is considered lucky. The traditional Chinese clothing style includes Hanfu, Zhongshan Suit, Tang Suit, and Cheongsam (qipao).

Aspects to a culture that is important for Chinese people are:

Importance of Chinese Cuisine: Food plays a significant role in Chinese culture. Different types of food reflect the social status of the family. Furthermore, Chinese people use different foods for symbolic purposes. For instance, In Spring Festival the Chinese people eat dumplings to emphasize their association with their God.

I belong to the United States of America. The USA is known as the hub of diverse ethnic groups from all around the world. I belong to the ethnic group of Non-Hispanic white people who are also known as Anglo-Americans. My ancestors are white Americans with English as their native language. My great-grandfather came from England after the American Revolution. My great grandfather was a doctor by profession. My great grandfather married a German lady (my great grandmother). This German lady was a nurse in the hospital where my great grandfather was working. They settled in Alabama. I came to know about this through a conversation with my grandmother. My grandmother told me about our relationship of German descent. After my grandmother was born, she married an English American who also lived in Alabama. My grandmother had 4 siblings of which I have many 3 aunts and 2 uncles. My 3 aunts married Mexican immigrants and are settled in Laredo, Texas. Two uncles are settled in Alabama. Amongst all her cousins, my grandmother is from white American background because my grandmother married a native white American. Hence my family is also Native American. My parents and my siblings including me have white skin. My father is the eldest son which makes me close to my other family members. He is a dentist by profession. Most of our family’s profession is associated with the medical field.

My family is settled in a small town in Alabama. We often visit our grandmother who lives 2 miles away from our house. My mother is a practicing gynecologist in a private hospital. Therefore, my parents are busy in their professional lives which is why we spend much of our time with our grandmother. In America, we prefer canned food and make quick meals. We do not use fresh produce for our daily meals. We get fresh vegetables and fresh meat during large family dinners during Thanksgiving. We speak English as a native language. Our western culture gives us the liberty to live our lives freely. My family is secular by religion. As a white American and parents belonging to the medical profession has their perks and luxuries.

Why do the Chinese Drink Hot Tea with Meals? (2020, April 1). Hey China. https://www.heychina.com.au/b/why-do-the-chinese-drink-hot-tea-with-meals/ 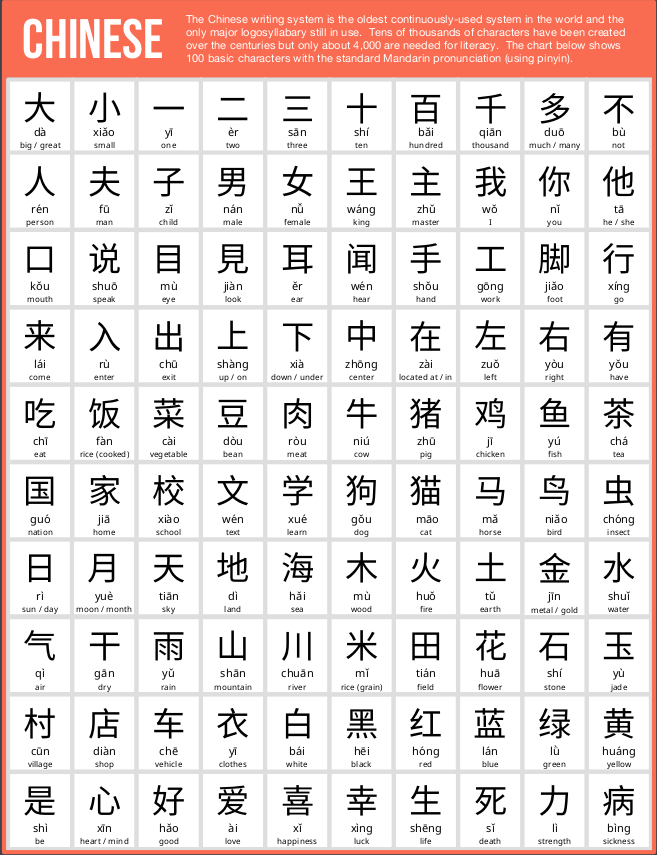 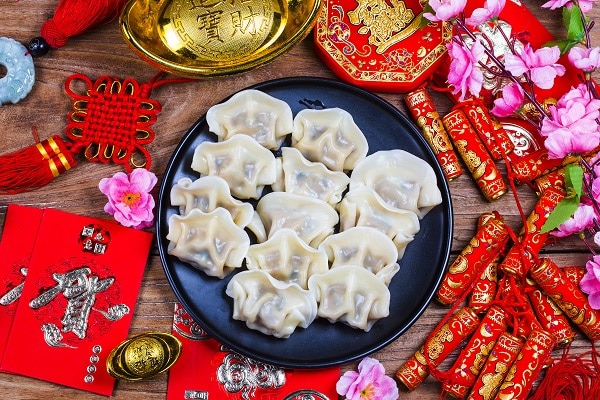 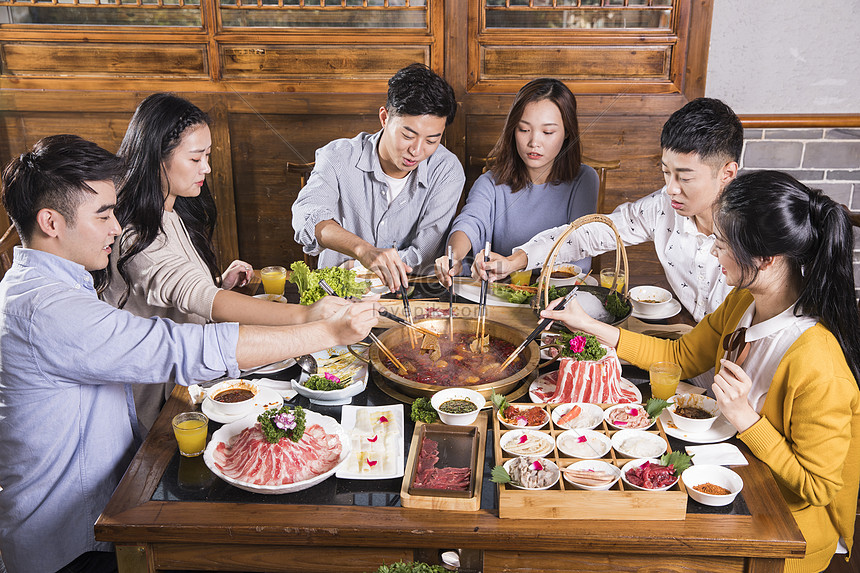 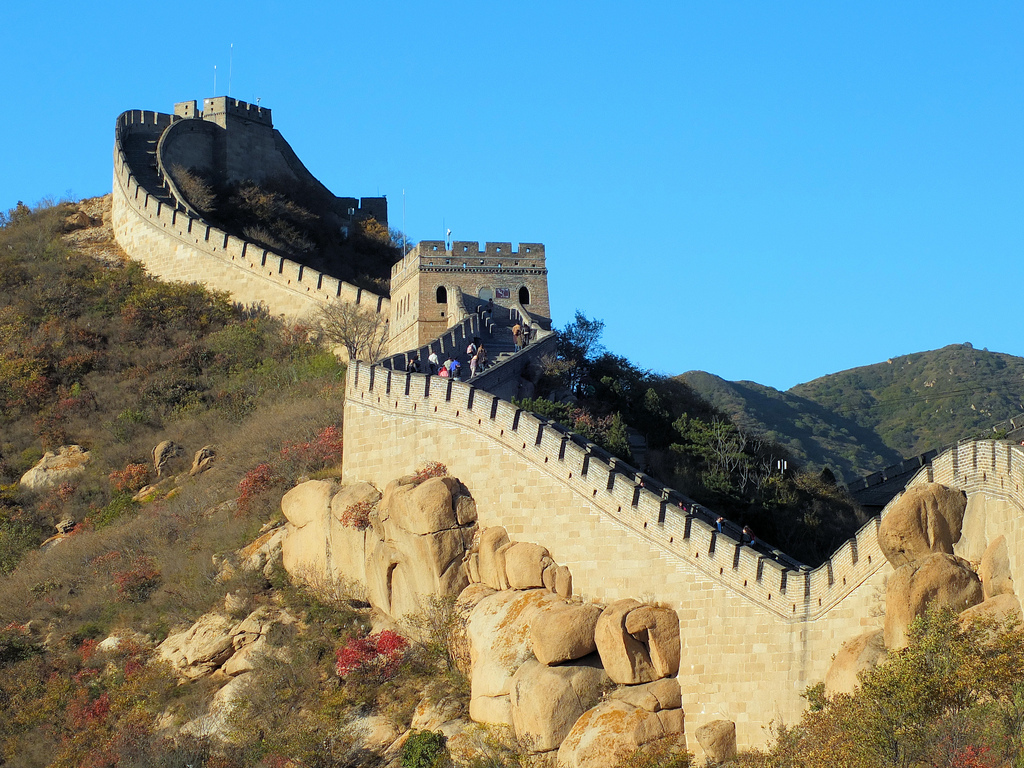 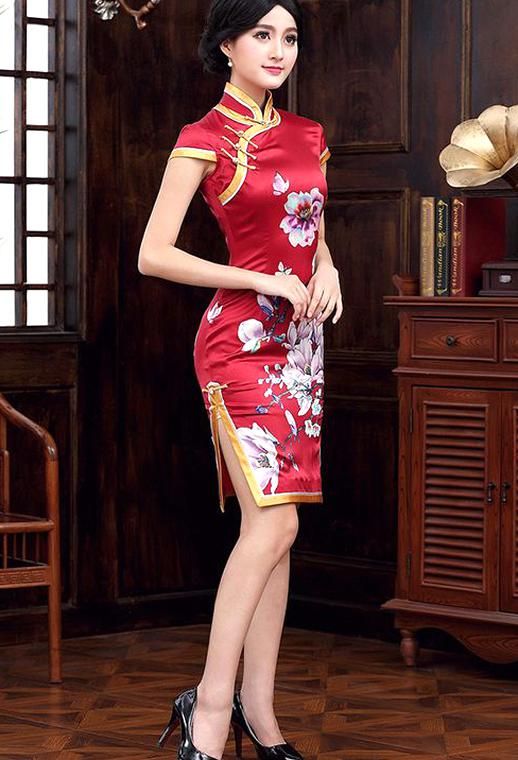 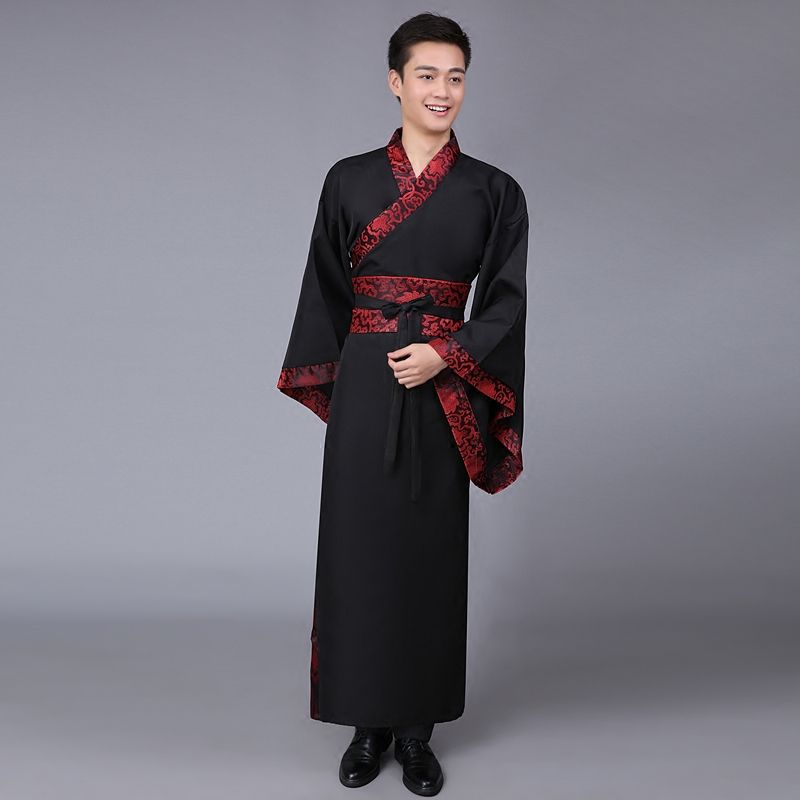 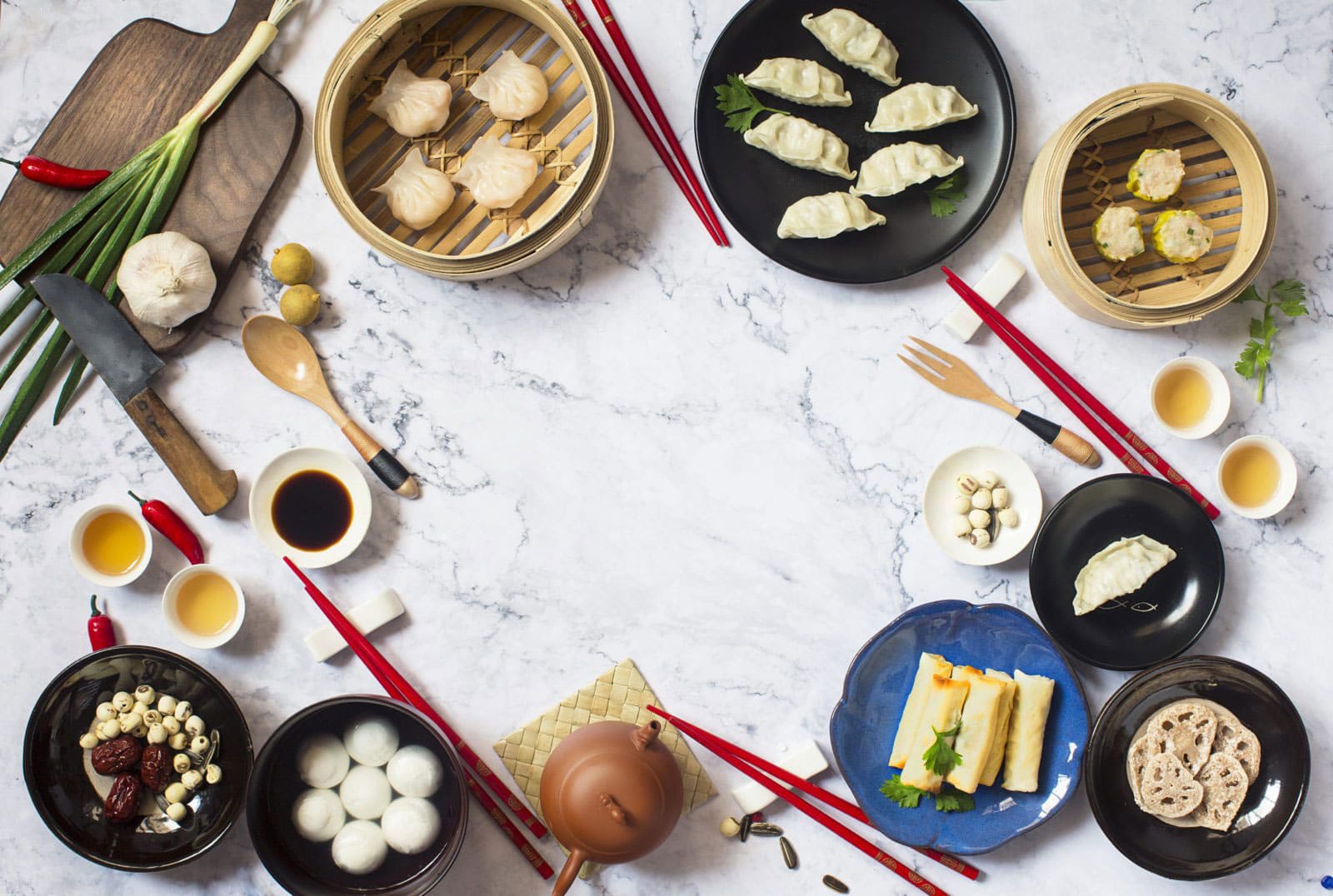 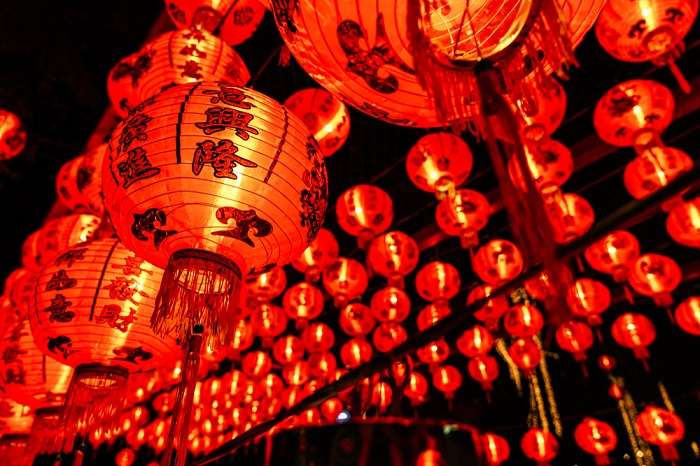 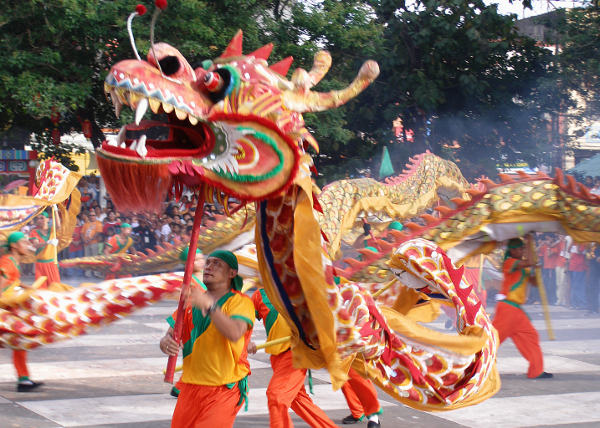 What were the divergent views on the ratification of the Treaty of Guadalupe Hidalgo in Mexico between Manuel C. Rejon and Bernardo Couto?

Chinese Dragons — Facts, Culture, and Art https://www.chinahighlights.com/travelguide/article-chinese-dragons.htm ARTICLE SUMMARY This article is written to describe the cultural values of the Chinese dragon. It is the symbol of luck and fortune instead of evil or dangerous which we usually perceive …

Article Analysis The entire social system including worldwide, national, state-level and local authorities will focus on improving public health, medical management, and mitigating the consequences of infectious diseases. This article sheds light upon the ethical guidelines inculcating the allocation during …

Implication of ‘Values and Believes’ on Ethical Perspective in Nursing Practice

‘Values and Believes’ plays a critical role in the profession of nursing, and incorporating a set of ethical values within a broader framework for nursing professionals suggest a way forward for efficient and resilient healthcare workers. Ethical values are central …