It has been said that about everything in art and design has already been innovated. However, the redoing of the artwork is whatever brings a new look to the done art hence making it look much colorful. Therefore basing on the theory of redo of artwork the below paper aims to compare and contrast different design houses thus showing how they have redone their artwork. The compared designer is Giles Deacon. The research topics based on the redo of the artwork from these designers include Tapestry, techniques on knitting, crocheting or lacing, non-woven, quilting or fabric piecing, beading, techniques of dye resist among others. The research of art redo in among these design houses has been based on making process, place and time significance makers among others.

Giles Deacon with time has changed the look of its artwork, especially female wear. Since the time it was founded in 1673 the company has been associated with different redo in its art design. This was revealed in the 2015- 2016. In the year 2015, the design house launched “READY-TO-WEAR” which was art-redone in 2016 to what was referred to as “FALL 2016 CULTURE” following design started in the year 2004. Both of the models are fabric piecing, but there are features of beading which makes them differ. The 2015 plan was made of colored a jacket which was comprised of elements like of sprouting feathers at the hand ends. However in the case of 2016, though it was evident that there were feathers features imported from the previous design, in this case, it was a simple British hostess design. The feathered jacket was gone hence making a simple dress but long sleeved with feathers attached on each side. The company in both of these designs uses plant motifs as symbology in textiles. However, through the use of different designing, the 2015 model seems to be processed as it has complicated feature; while 2016 seems to have used the real machine. This is because even by the look of the design it looks simple such that it does not require a lot of processing. The style is made to target female gender hence causing the plan to be a trading item. The country where these designs were made is Paris aiming Paris Culture. They were made to create cultural significance of Britain where the company originates from. Therefore the primary influence of using the Britain hostel design was like the symbolism of Britain culture although the plan had no any political significance or climate. Thus during the formulation of the model, there was the use of fabrics which were used in making of the sprouting feathers and jackets while on the other hand the dress was made of cotton wool. According to research other resources applied to the making of the designer was a dye. This was to be used in the decoration of the made feathers which in this case black color was used. 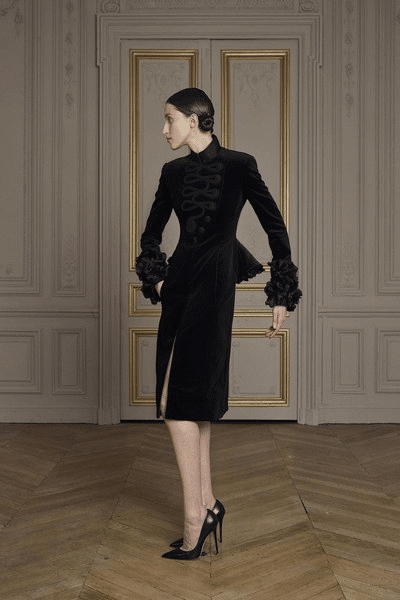 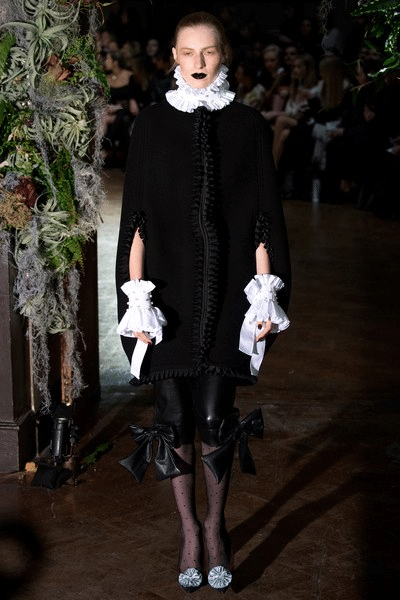 Kim, Hye Eun. “A study on the characteristics and trends of sustainable fashion through Esthetica at London Fashion Week.” 17.2 (2015): 2015.

Malogne-Fer, Gwendoline. “A Dispute at the Lord’s Supper: Theology and Culture in the Mâohi Protestant Church (French Polynesia).” (2016): pp-35.

Trust in Government in the Aftermath of 9/11