The first one in this account is Disney’s Pocahontas. The movie is one of the worst animated films by the company in my opinion since it is grossly filled with racial stereotypes all over the span of the movie. The very start of the movie focusses on gender-related representations stereotyping them in the film maker’s perception of the Native Americans life. Native American women are engaged in collecting corn and hastening to take care of the men who just returned from the war zone. Over time, it has been noted by many people that Disney tends to show women emerged in domesticated homemaker roles who are happily associated in household chores. Another scene from the movie shows the princess and her friend collecting corn, where her dad is seen bashing her for coming alone. “You shouldn’t be here alone; I’ll send for Kokomo” This implies a stereotype imposed by Disney that many Native American women are never free to go alone and should always be sheltered by men. These scenes are a testimony that the women are thought to be engaged in homemaking tasks along with doing chores whereas men are to fight fierce battles and participates in ensuring safety and security of the tribes’ women. (Henke et. al)

Another stereotype which is a common one displayed by Disney is the portrayal of Pocahontas as a young, stunning woman with big black eyes, silky long black hair, and a tiny waist. It only represents the society’s perception of beauty; setting unachievable high standards of being attractive and good looking for women. About the Body image shown, more and more girls are thought to be exposed to stereotypical images that they ought to attain to be called beautiful. (Farhat, Hiba)

Being called as the “savages” in one of the songs, the Native Americans are yet again stereotyped as being substandard to white people. Over and over constant flow and progress of such words throughout the movie lead the viewers (mainly children) to believe that white people are superior to blacks who remain to be in a poorer position. Referred to as “others” and called “uncivilized people” along with savages by Smith, the white adventurer, this furthermore creates a huge discrepancy and discrimination of its kind. (Nunez, Veronica) Even if this may be the case in the real story line, Disney should have focused on implementing some cultural sensitivity as these movies shape the young children’s thinking patterns. White people are once again attributed as higher to the Native Americans, since their target is to impart the ways of using the land and living properly to the Native Americans. John Smith is seen telling Pocahontas in one of the scenes that their goal is to make the “savages” “civilized” hence testifying to Disney’s assumptions of racial roles in the society. (Farhat, Hiba) (Edgerton, Gary, and Jackson)

Disney again focusses on stereotyping Masculinity of men setting higher duties and responsibilities on them for being a “man” similarly creating an ideal approach for women to be powerful, along with being beautiful and associated in homemaking roles like Pocahontas. Chief Powhatan is shown having a conversation with his daughter regarding her marriage to Kokum and is seen describing a perfect and ideal husband by saying A perfect man “will make a fine husband,” he knows and should be: “strong, loyal, and can build good houses with sturdy walls. He can keep you safe from harm.” Also in another scene, when one of the British’s couldn’t shoot on the defined target, his boss was found saying: “a man is not a man unless he knows how to shoot,” this henceforth creates a strong image in young children’s minds that using weapons along with their accurate knowledge is a critical factor associated with being a man. Pocahontas father was yet again shown as influential and strong which is a typical Disney classification for “Dads” role. Disney films show Dads as strong and impatient characters who almost always and fail to comprehend or support their youngsters. (Farhat, Hiba)

Mulan is once again another byproduct of Disney’s animations which was unable to make a mark in the animated film series of the same category. The film in my view is one of the worst works of Disney since it entirely encompasses of cultural assumptions and stereotypes regarding the Chinese women.

The movie was revolving around a number of cultural barriers unique to China only. The stereotypical assumptions for Chinese culture led the directors to add the factor of patriarchy all across the film. Women were shown as inferiors with lesser say in the matter of choosing their destiny or their grooms. The movie also showed that the only way to gain honor in China was to bring home a good husband which is entirely wrong.

Chinese culture and folklore of their hero Mulan is grossly something else. Instead of running away from home to the battle field without thinking twice, the real historic hero titled “Mulan” was the first woman in the history of China who waged into war knowingly only to save her beloved state. Such patriotism deserves a way better portrayal than a woman who was masked as a man in the battle field.

Source: (“Mulan Vs. The Legend Of Hua Mulan”)

The overview of the movie shows that it is based on Chinese popular culture where girls are thought to sit at homes and engage in activities which ascertain their character as being suitable for a good wife.

Mulan was further ridiculed and smacked all over the movie since she was unable to impress the match maker or to pour tea in a perfect manner and whenever she took decisions in her own hands or spoke without permission. Mulan was also required to be poised and silent to be a good wife as per Chinese culture. Not being able to cater to such huge demands, she was regarded as a disgrace. Her matchmaker declared that she would never bring honor to her family. I believe that such thoughts have never existed in the Chinese culture and the nation is in fact very perceptive and impartial where equal opportunities are given to both men and women.

Next on my list for the worst movies ever made by Disney animations is Frozen. While the movie has been able to garner attention of millions of audiences all over the globe, the movie has failed to capture my attention. I believe that the movie is entirely overrated. The whole plot left many vague gaps in the story line for the audience’s to fill on their own. Many crucial questions remained unanswered like how did Elsa manage to get so much ice making power? Why was this power only given to her and not her younger sibling? Even when one assumes that may be Elsa was born with it, there is no way to explain why Anna was left out and Elsa was chosen to be born with it. Another important question is their parents realize that troll rocks could help their daughter manage here control concerns with the ice power?

Furthermore, the movie remained over hyped and unrealistic at the same time. Anna and Elsa (even though they were sisters) had never seen each other for a better part of their lives and were practically strangers. However, the movie quickly escalated to show Anna singing to her sister like they were best of friends. The addition of Olaf was entirely unnecessary and the whole storyline could have run smoothly with or without the character. Overall, the movie comes under my list of worst movies ever produced by Disney.

The movie is definitely a disappointment since it has miswritten conspiracies all over the film. The main hero of the story is shown as a diamond in the rough but the mystery behind why only he got to have that status remains vague. Furthermore, the hero met the princess in his rugged clothes looking like a beggar earlier, but as soon as he changed his clothes and dressed like a prince, no one was able to recognize him. The fascinating part is that even the people on the streets who were after him for ages (since he used to steal from their carts) and saw him on a daily basis didn’t recognize him for once while he made a grand entrance all over Agrabah’s streets.

The only reason why I hate this movie is its inaccurate storyline. Hercules was turned into a mortal and was dropped on earth as a human. Both of his parents were Gods who grieved the loss of their son badly. 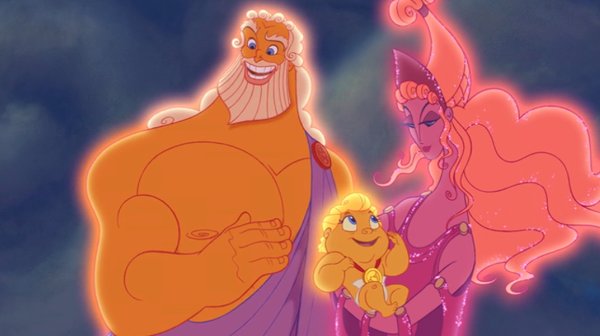 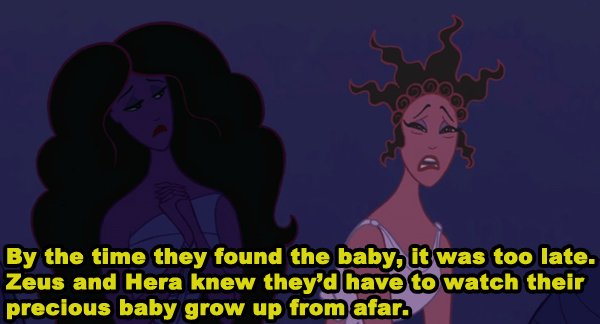 However, as Hercules grew up, they didn’t even bother to contact him and guide him even when he was suffering with heartbreak and loneliness and no one became friends with him due to his uncontrollable God like strength. The Lord of death had no such powers but to take souls of dead people and didn’t even kill Hercules when he got the chance. The whole movie has woefully ruined the Greek character’s status and mythology and is far off from reality.